Canberra, February 25 - Neftegaz.RU. Equinor has informed the Australian authorities of its decision to discontinue its exploration drilling plan (Stromlo-1) in the Ceduna sub-basin, offshore South Australia.

Following a holistic review of its exploration portfolio, Equinor has concluded that the project’s potential is not commercially competitive compared with other exploration opportunities in the company.

Equinor has informed the federal, South Australian and local authorities about its decision.The company entered the licences in the Ceduna sub-basin as a partner in 2013 and took over as operator with a 100% equity share in 2017. 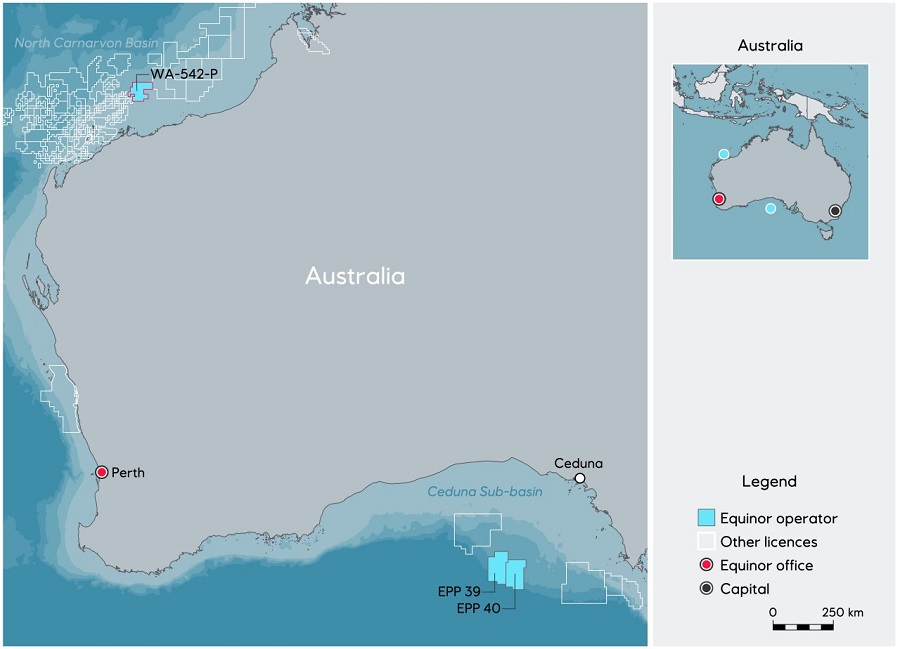 “We will engage with the federal and state authorities regarding our decision to discontinue the exploration programme. We hold an exploration permit offshore Western Australia and will maintain other ongoing interests and activities in Australia,” Stangeland said.