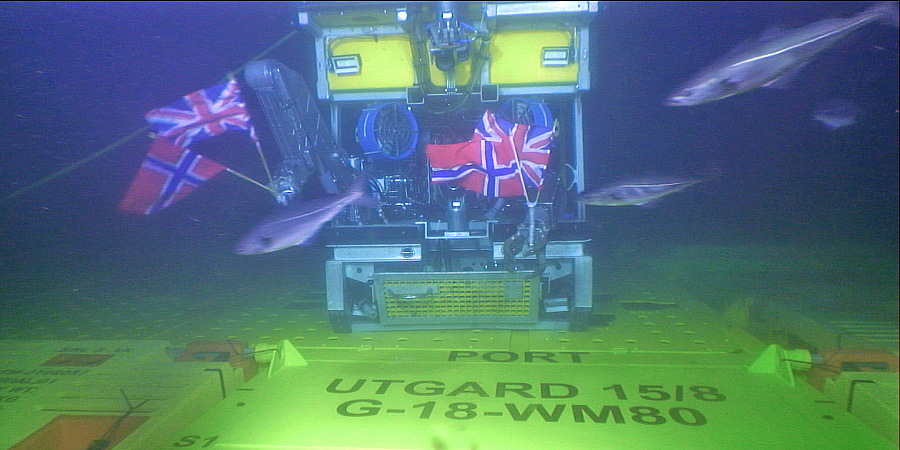 Oslo, September 18 - Neftegaz.RU. On 16 September, Equinor and its partners started production from the Utgard gas and condensate field, spanning the Norwegian-UK border in the North Sea.

The project is delivered without any personal injuries, ahead of schedule and 25% below the cost estimate.
Recoverable Utgard resources are estimated at around 40 million barrels of oil equivalent (boe) and daily production on plateau will be around 43 000 boe.
Water depth: 110 metres, the reservoir is located at a depth of around 3 700 metres.


The field was discovered in 1982 and a development has been considered several times.
In 2016, Equinor acquired the UK share of the discovery to realize the development, which has become a profitable project even with substantially lower oil prices than we see today.
Licence owners: Equinor Energy AS (operator) 38.44%, Equinor UK Limited (38%), LOTOS Exploration & Production Norge AS (17.36%) and KUFPEC Norway AS (6.2%)

The field development consists of 2 wells from a subsea template tied back to the Sleipner field by a pipeline and an umbilical.
The template is installed on the Norwegian side of the border, with one well on each side.
Utgard will be remote-operated from the Norwegian Sleipner field, where the well stream will be processed before dry gas is transported to the market through the Gassled pipeline system, and liquids are sent through the existing pipeline to Kårstø for further export to Europe.
Utgard will also utilize Sleipner’s facility for CO2 purification and storage.

Utgard is the first time Equinor leads a field development for recovering resources across the border between the Norwegian and UK continental shelves.
Capital expenditure is 290 million dollars, expected lifetime - beyond 2025.