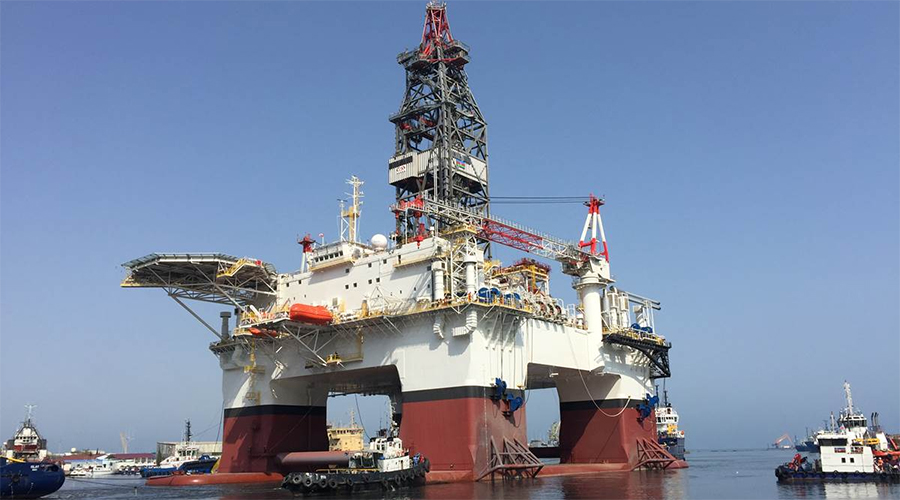 Paris, June 4 - Neftegaz.RU. French Total is set to begin production from the Absheron gasfield in Azerbaijan from 2021. The decision follows the optimistic results achieved in the 1st appraisal well drilling at the offshore field, reported Reuters.

Total managing director and country chair in Azerbaijan Denis Lemarchal was quoted by Reuters as saying: “We just finished (drilling) the appraisal well. It was quite positive and confirmed the estimates that we made when we (1st) discovered (gas) in 2012.”

Located in the Caspian Sea around 100km from Azerbaijan capital Baku, the Absheron gasfield is estimated to host 350 billion cu m (Bcm) of gas and 45 tonnes of gas condensate. The site covers an area of 270 km² of the Absheron block and lies in 500 m of water.

Total operates the field with 50% interest. The other stakeholder is Socar, which also has 50%. The parties increased their share in the field in 2017 after Engie exited, leaving its 20%.

Total plans to develop the field in multiple phases, with the 1st currently underway. In the 1st phase, production is expected to be around 1.5 Bcm of gas per year. In the following phase, the production will be increased to 5 Bcm of gas annually.

The Absheron gasfield will supply to the domestic market as well as it will bolster Azerbaijan’s position as a key natural gas exporter. However, Lemarchal told Reuters that buyers of Absheron gas are yet to be finalised.

Off-shore drilling
501
501
Zarubezhneft and its partners shall commence the development of the Block 09-2/09 offshore Vietnam
Advertising at neftegaz.ru