The project is now over 77% complete in terms of engineering, procurement and construction, and remains on target for first gas from Shah Deniz Stage II in 2018. 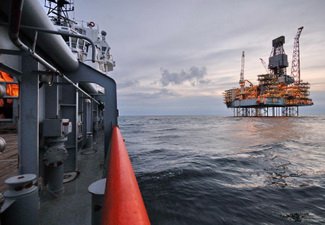 BP-Azerbaijan reported on August 22, 2016, that the project is now over 77% complete in terms of engineering, procurement and construction, and remains on target for first gas from Shah Deniz Stage II in 2018.

The contract for development of the Shah Deniz offshore field was signed on June 4, 1996.

Gas output will increase from nine to 16 bcm per year within the implementation of the Shah Deniz-2 project.

Project activities continue at all offshore and onshore sites and fabrication yards of the country including the Sangachal Terminal, ATA (AMEC/Tekfen/Azfen) yard near Baku, Baku Deepwater Jackets Factory and along the pipeline route.

In the second quarter of 2016, the pipe-lay barge Israfil Huseynov completed the complex installation of the first Shah Deniz flowline from the North Flank cluster to the platform location. The barge is now installing the other flowline before it heads to the West Flank to install the two flowlines there.

Following the float-out of the subsea construction vessel Khankendi of the dry dock,it recently received the main crane for installation. The vessel is now getting ready for commissioning and certification. Once completed, this new vessel will be deployed to the Shah Deniz 2 area for the construction of the subsea structures.

In the first half of 2016, we started commissioning activities on the two Shah Deniz 2 topside units at the ATA yard and all of the 50 living quarter modules have already been installed on the quarters and utilities platform. At the BDJF (Baku Deepwater Jackets Factory) yard, all risers and both huge flotation tanks have been installed on the production and risers jacket, and the final construction and testing is underway before the sail away later this year, the company said.

In the second quarter of 2016, over 24,000 people were involved in construction activities across all main contracts in Azerbaijan and over 80% of them were Azerbaijani nationals.