Lukoil has successfully completed drilling of the third well at offshore Vladimir Filanovsky field in the Caspian Sea. 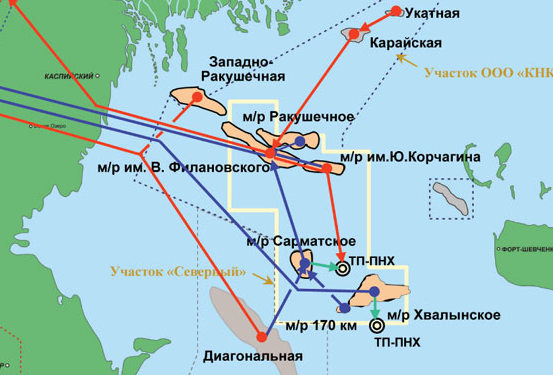 Lukoil reported November 23, 2016, that the company successfully completed drilling of the third well at offshore Vladimir Filanovsky field in the Caspian Sea.

The Vladimir Filanovsky field is in the northern Caspian Sea, 220km off the coast of the city of Astrakhan at 7-11m water depth.

The field’s С1+С2 recoverable reserves, under the Russian classification, are estimated at 129 million-ton of crude oil and 30 Bcm of gas.

The annual oil production at the plateau is estimated at 6 million-ton.

Vladimir Filanovsky field, discovered by Lukoil in 2005, is the second field commissioned by the company in the Russian offshore sector of the Caspian Sea.

Drilling at the field began in June using the ice-resistant fixed platform, LSP-1. Two other horizontal production wells have been drilled, yielding a total daily flow rate of over 45,000 bo, Lukoil said earlier this month.

The sweet light crude oil lifted from the wells is transported via a subsea pipeline to the onshore storage facilities and subsequently fed into the Caspian Pipeline Consortium system for further exports.

Off-shore drilling
235
235
Equinor and Aker BP agree on way forward for Krafla, Fulla and North of Alvheim
Advertising at neftegaz.ru