ExxonMobil and Qatar Petroleum signed an agreement with Cyprus to carry out exploratory drilling off the east Mediterranean island's southern coast. 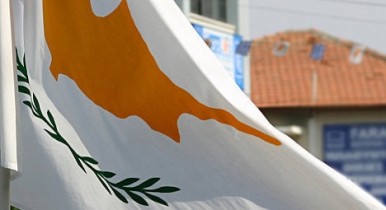 ExxonMobil and partner Qatar Petroleum on April 5, 2017, signed an agreement with Cyprus to carry out exploratory drilling off the east Mediterranean island's southern coast, where officials hope sizeable deposits of oil and gas could be found.

Qatar Petroleum Chief Executive Saad Sherida Al-Kaabi said the area, or block, where the partnership is licensed to explore has «good prospects.»

Al-Kaabi said a 1st exploration well is scheduled to be drilled in the 1st half of 2018.

That's one of eight such areas which Cyprus has licensed out for exploratory drilling to oil and gas companies including Italy's Eni and France's Total.

It's the 1st time that ExxonMobil has looked for oil and gas in the eastern Mediterranean, where recent large finds in Egyptian and Israeli waters have raised hopes that more could be found.

«The strategic significance of ExxonMobil's and Qatar Petroleum's presence in the Exclusive Economic Zone of Cyprus for the 1st time, in the Eastern Mediterranean region, is immense,» said Cyprus Energy Minister Yiorgos Lakkotrypis.

Last month, Eni CEO Luca Bertelli told an oil and gas conference here that his company's discovery of the Zohr field off Egypt, which is estimated to told 30 trillion cubic feet of gas, has reinvigorated the interest of other major oil and gas companies in the region.

Meanwhile, Eni and Total will on Thursday sign new exploration agreements for 2 other blocks.

Off-shore drilling
242
242
Equinor and Aker BP agree on way forward for Krafla, Fulla and North of Alvheim
Advertising at neftegaz.ru