Lukoil has completed the construction and commissioning of the 5h production well at Vladimir Filanovsky offshore field. 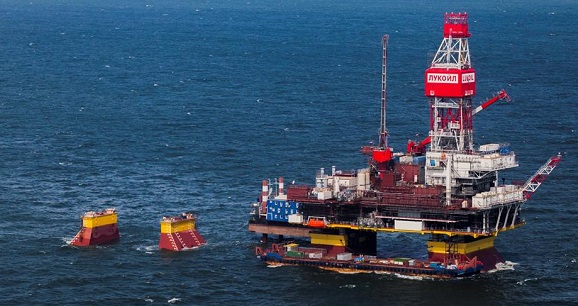 Lukoil announced on June 14, 2017, that the company has completed the construction and commissioning of the 5th production well at Vladimir Filanovsky offshore field in the Caspian Sea and started the construction of the 6th well that is going to be used for water injection.

The 5th well has a bilateral horizontal design and the horizontal length of the main bore is 1,429 meters, while the length of its sidetrack is 1,612 meters.

Lukoil further noted that the new well has significantly increased the field’s daily production with over 14 thousand tons of oil produced on June 13, 2017, or 5 million tons on an annualized basis.

The works are carried out to achieve the well’s design operating conditions.

The construction of facilities under Phase 2 field development are performed in accordance with the plan.

As of today, the topside of the offshore ice-resistant fixed platform (IRP-2) was installed on the substructure.

The next step will be the transportation of the living quarters platform’s (LQP-2) topside from the shore to the field under Phase 2 development.

​This 2nd phase of development provides for the construction of a fixed ice-resistant platform, an accommodation-topside platform, and a crossover between the platforms, all being built at Astrakhan’s shipyards.

Earlier in June, the Russian company said it had reached 10 million tonnes of oil produced at the Vladimir Filanovsky and Yuri Korchagin fields in the Caspian Sea.

Off-shore drilling
244
244
Equinor and Aker BP agree on way forward for Krafla, Fulla and North of Alvheim
Advertising at neftegaz.ru