A major milestone has been reached for Total UK’s huge Culzean gas field in the North Sea.

Total said the topsides, weighing nearly 30,000 tonnes, were put in place ahead of schedule. Work on the topsides facilities began in 2015 and took around 33 months to complete, including design and fabrication.

Total took operatorship of the Culzean field through the acquisition of the Danish oil company Maersk Oil earlier this year. Having installed the topside modules, Total is now getting ready for the hook-up and commisioning work. 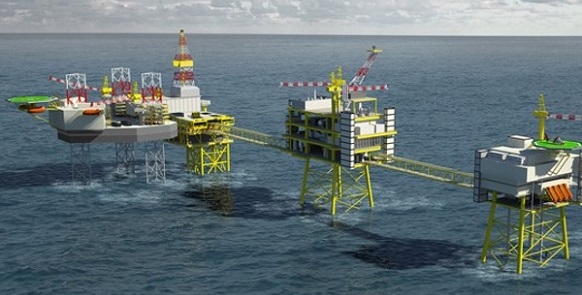 Culzean project director, Claus Vissing-Jørgensen, said: We still have a couple of days of ancillary completion works prior to the arrival of the Flotel Victory later this month which will mark the commencement of the offshore hook-up (HUC) activities.

According to Total, approximately 650 people will be working in the field during HUC activities and as the project moves into the final phase towards 1st gas.

1st gas from the Culzean Field is expected in summer 2019 and the field is projected to deliver up to 5% of the total UK gas consumption when production is at plateau in 2020.