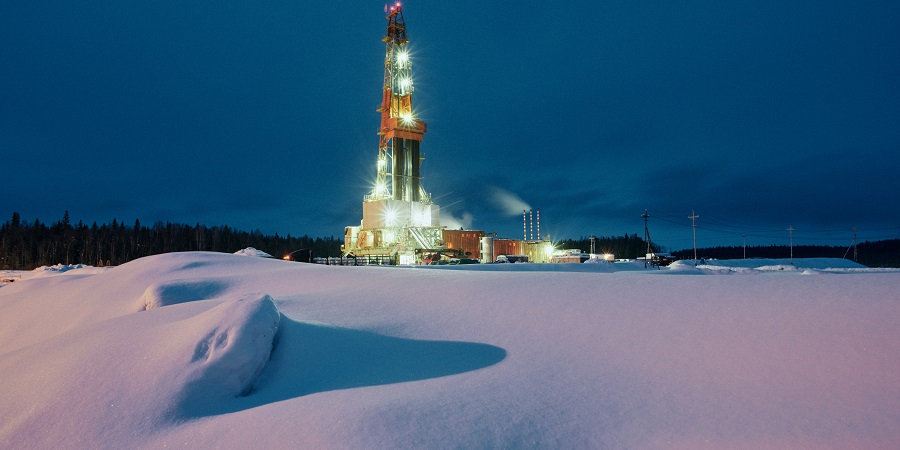 
Works undertaken suggest initial production, from a single well, currently stands at 300 tonnes per day — 3 times higher than anticipated. This technology is expected to be rolled-out throughout the company’s Vyngayakhinskoye, Ety-Purovskoye, Karamovskoye and other fields with Achimovsky reserves in the future, facilitating additional production of 28 million tonnes of oil, including 7 million tonnes by 2025.

Hybrid fracking involves using process fluids, with various properties and characteristics, in combination. The advantage over standard fracking here lies in its more extensive coverage, due to longer fissures being created, and the more extensive network of micro-fissures created around these. This effect is achieved by adjusting injection fluid and proppant volumes and formulations, and increasing the speed at which these are injected.

An 8-stage fracking operation was undertaken at the Vyngayakhinskoye field, during which a new fracking fluid was tested, significantly increasing fracking efficiency. The outcomes of this work indicate an initial production rate three times higher than anticipated.

The objective in testing is to verify the hypothesis regarding in-strata fissure-network formation, and to test the technology’s efficiency. In the course of desk research specialists from Gazpromneft-GEO, the Gazprom Neft Science and Technology Centre, Gazpromneft-Noyabrskneftegaz and the MIPT Centre for Engineering and Technology developed a specially designed fracking technique which increases production under the geological conditions inherent in the Vyngayakhinskoye field.

The outcomes of this work have confirmed the technical feasibility for creating fissures up to 3 to 5 times longer than standard — i.e., of more than 500 m. These initial testing outcomes could, according to specialists, significantly change accepted opinions on optimum criteria for developing Achimovsky strata, and will facilitate a major step forward in reducing capital costs per tonne of oil.

«The resources held in Achimovsky strata in the Noyabrsk area alone stand at more than 1 billion tonnes of oil. These are huge reserves, production of which under currently available methods is limited by the complex geological structure of these strata. Reservoir permeability at the Vyngayakhinskoye field is somewhat low, even for traditionally low Achimovsky deposits, at 0.4 millidarcies (0.4 mD). We expect new technologies, some of which are, already, undergoing successful testing at the company’s fields, to open up access to Achimovsky-strata oil», said Yuri Masalkin Director for Geological Prospecting and Resource Base Development, Gazprom Neft


«Successful testing of this new technology at Achimovsky strata has largely been made possible thanks to the use of the Russian CyberGRP simulator developed by Gazprom Neft. This digital tool has been specially created for use on complex reserves, and is helping our engineering team develop a unique fracking technique in line with conditions at each field. The results obtained confirm the effectiveness of our technological solutions», said Alexey Vashkevich Director for Technological Development, Gazprom Neft.

Equipment, services and materials
337
337
Bugulma mechanical plant of TATNEFT is among the best equipment manufacturers
Advertising at neftegaz.ru