Now, there's talk of U.S. sanctions on PDVSA in particular. Here's how that may play right into Russia's and China's hands. 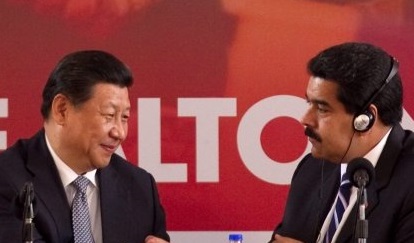 Venezuela is now on the brink of total collapse, the national oil company PDVSA looms large in this unfolding crisis. The focus is the company's ability to pay bond interest due in 2 months. Doing so is crucial. But as of this morning, that prospect is dwindling.

Along with it goes the ability of the central government to administer an entire population and avoid the country descending into outright civil war.
And PDVSA is at the center of it all.

Now, there's talk of U.S. sanctions on PDVSA in particular.
Here's how that may play right into Russia's and China's hands…

This is Venezuela's oil supermarket
PDVSA is the vehicle for about 90 % of Venezuela's trade revenue and has served as a primary outside purchaser of all manner of staple commodities essential for the literal survival of a domestic economy rapidly sliding into oblivion.

While charismatic Hugo Chávez was in power, PDVSA was required to spend foreign hard currency export proceeds held outside the country to acquire food for import into Venezuela.

It prompted a colleague of mine at PDVSA to lament: «I thought we were an oil company, not a supermarket.»
Paying for the purchases abroad was supposed to minimize the adverse impact of exchanging currency under oppressive domestic inflationary pressures and a fractured infrastructure.

What it actually did was undermine any ability to use PDVSA's revenues to buttress an increasingly insolvent central budget.
It also wasted money, as food was purchased and then transported through intermediaries at exorbitant prices. PDVSA, after all, operates oil tankers, not cargo vessels. 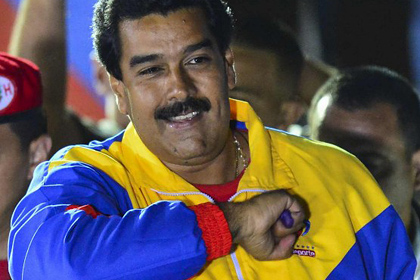 As the crisis worsened, life in the streets became unbearable. Inflation was just that high, and the effective market value of the bolivar, the local currency, moved that quickly.

It reminded me of when I was living through Russia's currency devaluations. A dollar went a long way in Moscow then, and in Caracas now.

As Maduro's repression increased, America launched some initial sanctions.
Another, more concerted round came in response to Maduro replacing the National Assembly (controlled by the opposition) with a new legislature more bound to his will.

Washington is now eyeing PDVSA specifically for sanctions, threatening, among others, to restrict or eliminate U.S. exports of lighter oil to PDVSA.
These exports are required to allow the processing of the much heavier oil from Venezuela's Orinoco oil basin.

This oil makes molasses set speed records. It's much more expensive to extract and process, requiring expertise and technology generally available only in the West.

If Venezuela were to lose the ability to process its oil products, the country's domestic markets for gasoline, diesel, and other distillates would collapse.
The resulting knock-on effect is certain to escalate inflation and make basic life intolerable.

Russia is silently taking over

The company has been delaying payment of vendors and, in some cases, even wages.
It's also been unable to meet contract obligations at terminals in the Caribbean, forcing the introduction of storage and transit agreements that further increase costs and reduce revenues.

That has set the stage for one heck of a fire sale. Russian companies have been moving in to cherry pick PDVSA assets.
So far, the biggest prize - the large refinery complex on the island of Curacao - remains in PDVSA hands.

But it's unknown for how long the company will be able to maintain an increasingly onerous working capital requirement.

Meanwhile, Rosneft has been acquiring upstream and midstream assets inside Venezuela in return for a combination of straight payment and/or assumption of debt.

PDVSA desperately needs the funds, but Rosneft's largess is not inexhaustible. And all of this still requires the expensive development of the Orinoco and its heavy oil.
Neither PDVSA nor Rosneft can shoulder this burden for long, especially at today's global oil prices.

Years ago, 5 Russian oil majors set up their own joint venture to participate in the Orinoco along with PDVSA.
There was also a joint investment bank established in Caracas for the same purpose.

The venture collapsed and the bank languished. But they remain and can be resurrected on short notice.
The other likely outside beneficiary of this fire sale is China.

U.S. Sanctions may play into Russia's and China's hands

Chinese companies have moved into Venezuelan upstream activities as well.
However, here the primary play has been to control oil export revenues.

Beijing does this through repayment of large loans provided both PDVSA and the Venezuelan government.
In an approach already used in Brazil and especially in Ecuador, exports no longer return to the Chinese mainland.

Rather, they move anywhere national oil company Petroecuador (in the case of Ecuador) can attract the best price.
But most of the sale proceeds are transferred into accounts under Chinese control.

Here as well the Chinese may make use of the oil investment bank in Caracas.
Both China and Iran were parties in the bank's creation, although aside from some Chinese correspondent accounts, foreign use of the bank has largely been Russian.

Washington needs to keep this in mind when determining the next sanctions.
Coming down on both Maduro and PDVSA by assaulting oil may simply further Russian and Chinese plans already underway, pushing Venezuela further into their arms.