After lying dormant for a few months, the risk premium in oil is back.

After lying dormant for a few months, the risk premium in oil is back. That, at least, is what many analysts have begun declaring in the wake of fighting in the Iraqi oil-city of Kirkuk, which threatened to take several 100 000 bpd off-line, and the U.S. decision to decertify its nuclear deal with Iran.

Prices rose last week, due to these developments as well as news that OPEC was planning to extend production cuts while inventories in the U.S. declined further.
But its Kirkuk and Iran that have gotten most of the attention.

The uncertainty surrounding these twin developments has observers worried.
Goldman Sachs warned that half a million bpd is at risk due to fighting in Iraq, while the possibility of tough new U.S. sanctions on Iran could cause that country's oil exports to fall, as they did in 2012-2015.

RBC Capital Markets sees 500,000 bpd in the balance as Iraq feuds with the autonomous government of the Kurds over the future of Kirkuk.

The near-term risk in Iran is quite small. Any new sanctions by the U.S. would not be imposed for several months, as President Trump has punted the issue to the U.S. Congress.
That body has failed to pass significant legislation for most of the year and could spend some time deliberating what to do over Iran, which is probably what the president had in mind when he made his decision.

There is confusion over what the Trump Administration really intends to do, as senior officials including Secretary of State Rex Tillerson and Secretary of Defense James Mattis have both spoken out in favor of the deal.
While an act of Congress could potentially re-instate sanctions and effectively end the deal, none of the other signatories including the EU believe ending the deal is the right thing to do.

When or if sanctions are re-instated, they will likely be telegraphed for weeks beforehand, giving markets time to anticipate and spare production from OPEC and elsewhere to fill the potential gap.

Iranian exports in 2012 fell to 2.5 million from 4 million when tough new sanctions were imposed.
Current production is between 3.8 and 3.9 million bpd. The Iranian leadership has dismissed any concerns of new sanctions or diminished production, and recently endorsed a further extension of OPEC's production cuts.

Then there's Kurdistan. The drama last Monday obscured the fact that the take-over of Kirkuk by Kurdish forces and the attempt to identify the city as part of the autonomous Kurdish area by having it participate in the independence referendum in September was a huge gamble for the Kurdish government and Massoud Barzani, the Kurdish leader.

Analysis of the fight around Kirkuk indicates that, once it became clear that the Kurdish forces had no real support from any outside actors, the leadership ordered them to withdraw, allowing Iraqi forces to re-occupy the city with relative ease. 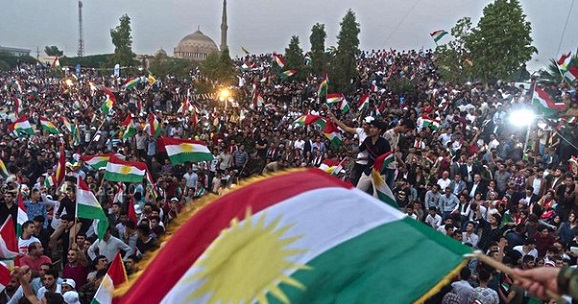 Once it was back in Iraqi hands, PM Haider al-Abadi called for dialogue with Erbil, the Kurdish capital, over the region's grievances with Baghdad, which chiefly center on the sharing of oil revenues.
He went so far as to call the September referendum a thing of the past, according to ABC News.

The Kurds currently export around 600,000 bpd, mostly through the Turkish pipeline to Ceyhan.
There is around £10 billion in trade between Turkey and the Kurds, most of it in oil, and Barzani has threatened to shut down the pipeline if the Turks interfere in Kurdish affairs.

Similarly, the Iraqi central government could shut down Kurdish oil operations by blocking the pipelines.
Yet no one in the disputes wants Kurdish oil flow disrupted, and trade continues between Turkey and the Kurdish region despite threats. 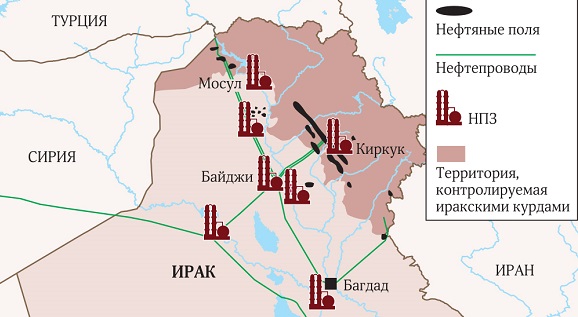 The attack on Kirkuk cut production by as much as 275,000 bpd, though it appears to have been due to disruptions from the attack rather than sabotage.
It's unlikely that Kurdish production will remain shut-in for very long, unless the dispute takes an ugly turn and the 2 sides move closer to all-out war.

Geopolitical risk, particularly in the Middle East, can't move markets like it used to.
Even the double-whammy of Iran sanctions and a Kurdish shut-down, if they happened at once, would be made up quickly by OPEC scrapping the cuts and bringing on its 2 million in spare output.

This explains why the price has moved only slightly upward as a result of these developments. And if tensions continue to escalate over Iranian and Kurdish oil, further increases in the price appear likely.

But observers should expect small bumps, rather than jagged shocks, as markets adjust to new realities.