The «Great Game» over oil and energy dominance is being played out in Asia's energy markets.

The «Great Game» over oil and energy dominance is being played out in Asia's energy markets. While US President Donald Trump plays a reactive, tactical game to «Make America Great Again» through unilateralism, China, Russia and Japan have their eyes on the long game. They are reshaping the global balance of power with bold, multilateral energy infrastructure plans and near-completed projects.

The Chinese President Xi Jinping's recreation of the New Silk Road has attracted enormous attention as a high profile concept, whose public relations campaign has almost obscured any other regional infrastructure developments.
But the Belt and Road Initiative, as it's called, actually carries less near-term, economic and geopolitical impact than the vast gas pipeline infrastructure projects that are under way.

After years of high level meetings between political leaders and then engineers, a gas network from Russia to its Far East is coming together in a way that points towards evolving relationships.
Whether it is a Kissinger-like, realpolitik goal of Russian strategic planning or sheer opportunism, these projects are reshaping and reducing China's dependence on US oil and gas, shifting that dependence to Russia.

Through exports and investment deals, Russia has expanded its influence on Asia. CEFC China Energy last month bought 14.16 % of Rosneft for about $9 billion.
The deal shows that the growing oil and gas relationship between Russia and China is more vital and real today - and in the near future - than building the New Silk Road. 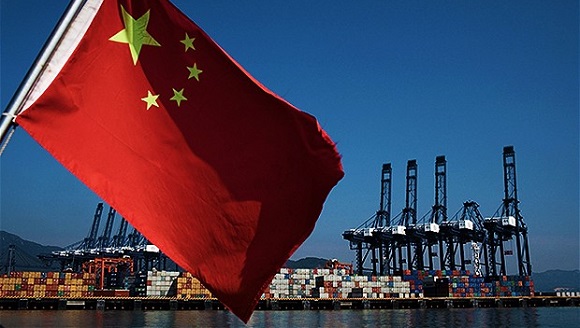 According to data by the OPEC, China's total crude oil demand rose 6 % in July to 11.67 million barrels per day (BPD), from a year earlier.

Meanwhile, the $55 billion «Power of Siberia», a 3,000-km gas pipeline built by Russian Gazprom, will soon reach Russia's border with China.
The line is the realisation of a 30-year, $400 billion deal that will deliver more than 1.16 trillion cubic metres of gas, starting in December 2019.

It's one of Russia's most important energy investments and a commitment with China to forge a long term supply link.
For Russia, utilising its Siberian oil & gas fields to serve northeast China gives it an opportunity to expand into a major market outside of Europe.

Gazprom supplies about a 3rd of Europe's gas. «Power of Siberia» could open up to 12 % of the Chinese gas market.

China benefits from the gas pipeline's long term, reliable and cheap gas supplies. But, as the world's biggest oil and gas importer, China is also making moves towards pricing its buys in its own currency, the yuan, instead of the US dollar.
A shift away from petrodollar dominance is a critical step to assert the yuan as a global reserve currency.

Russia's energy ambitions don't end there. After many years of delay, engineers are finally starting to build a $6 billion, 1,500km undersea gas pipeline to transport gas from the southern tip of Sakhalin island to the region around Tokyo, via Japan's northern island of Hokkaido.

Japan, a land bereft of energy resources or mineral commodities, is entirely dependent on gas and oil imports, which are expensive to ship from the US or the Middle East. A Russia-Japan pipeline would reduce this dependence and expand Russia's influence in Asia.

Russia also began talking with India in 2016 about the feasibility of building a $25 billion gas pipeline, which aims to transport Russian gas from Siberia over 6,000 kilometres through Chinese territory.
A project of such scope requires China's permission and long-term cooperation, which would force the three one-time historical rivals to settle their difference for their own mutual benefit.

All of these projects will require immense funding from Asian capital markets, considering that the Russian economy and all the state energy companies are still choking for funds from global financial sanctions.

United Company Rusal, the world's 2nd-largest aluminium producer, was the 1st of the Russian resource giants to raise capital in Hong Kong, with its equity offering in 2010.

It won't be the last. Expect more Russian energy and resource companies to tap the city's bourse.
Perhaps the profile of these fundraising activities will match the technology companies that the Hong Kong exchange is actively courting.

Russia's ambitious gas and oil pipelines are not merely engineering marvels that must traverse some of the world's most hostile and challenging terrain, but are also plans that cut through cold war legacies and distrust.

Few projects will advance the yuan's internationalisation as effectively as dominance in oil and gas.
Call it the rise of the petroyuan, and the demise of the petrodollar.