Has Ukraine scored an own-goal with its transit fee proposals?

Last month, Naftogaz potentially lost $700m/year from the $1.7bn transit revenue it received in 2015 from Gazprom for transiting 64.1 bcm. With the intergovernmental agreement between Russia and Turkey, the 17 bcm/y currently transiting Ukraine for Turkey could well disappear from 2020. 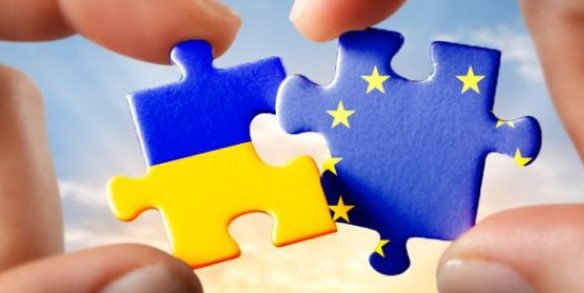 Last month, Naftogaz potentially lost $700m/year from the $1.7bn transit revenue it received in 2015 from Gazprom for transiting 64.1 bcm. With the intergovernmental agreement signed on 12 October 2016 between Russia and Turkey, the 17 bcm/y currently transiting Ukraine for Turkey could well disappear from 2020.

Furthermore, following the recent EU Commission deal on OPAL, an additional 10 bcm/y bound for Europe could disappear even sooner, giving rise to the possibility that transit volumes through Ukraine could be as low as 37 bcm/y post 2020. On 10 November this year, the Polish gas monopoly PGNiG asked that the European Commission publish the text of its decision on OPAL. However, until the European Commission has done so, the state-owned company cannot take any legal steps against it, and, as a result the rerouting of gas via Nord Stream 1 will increase its load factor and profitability, and could also improve the business case for Nord Stream 2.

The OPAL decision also raises the question of continued EU support for Ukraine, even as the latter continues to fight both militarily and politically with Russia. On the political level, it would seem that Ukraine has lost some support in Europe. It must now at least be an open question as to whether the European Commission will feel able to continue its support of Ukraine, at a time when European citizens have other priorities (employment, migration) and European companies continue to prefer to deal with Russia, as it is the largest oil and gas resource holder in the world and the largest seller of hydrocarbons to Europe.

Brussels also has other priorities, not least of which is the need to solve the current Brexit issues. In addition, EU sanctions in response to Russia's actions in the east of Ukraine and Crimea, introduced on 31 July 2014 and prolonged until 31 January 2017, could be more difficult to renew in future, as evidenced by the Italian prime minister preventing the European Council from publishing a call for sanctions against Russia on 20-21 October 2016. The recent election of Donald Trump in the US also gives rise to uncertainty for Ukraine going forward.

In light of all these issues the transit of Russian gas through Ukraine stands out as an extra political and commercial stumbling block. Ukraine has been the main route for transiting Russian gas to Western Europe since the Soviet era. However, even in the 1990s Gazprom and the Russian state found this less than ideal. Alternative routes were therefore built by Gazprom to supply a growing European gas market, including Yamal-Europe (33 bcm/y) in 1994, Blue Stream (16 bcm/y) in 2004, Nord Stream 1 (55 bcm/y) in 2011 and Beltransgaz (5 bcm/y)in 2012. However, EU gas demand has fallen since the financial crisis in 2008, and as a consequence there is already competition between those routes and Ukrainian transit. In addition, all the pipelines compete with European regas terminals that are currently operating with a low load factor. As a result transit through Ukraine and resulting revenue has fallen, and may fall further, begging the question «what is best for Ukraine now?»

One plausible answer is that Ukraine would be well advised to grasp the fact that economics matters in a level and competitive playing field in the energy sector. In order to maintain the remaining flow (of both revenues and profits) of Russian gas transiting to Europe, Ukraine should therefore shift its transit negotiation strategy away from policy and towards commercial reality. In other words it needs to adapt its negotiating strategy rather than labelling Nord Stream 2 as «a Trojan horse for Europe». As new pipelines are opened in a world where European gas demand is declining, the logic of natural infrastructure monopolies has changed to an era of competition between routes. Naftogaz could make Nord Stream 2 financially less attractive by reducing the price of its own transit. By offering a cheaper Ukrainian transit agreement for the period 2020-2030, Gazprom's European partners (Engie, OMV, Shell, Wintershall and Uniper) would have more difficulty justifying the €8bn investment in Nord Stream 2 to their shareholders and to the EU Commission. But Naftogaz is instead suggesting that it wants to greatly increase its transit prices from 1 January 2016, de facto making the position of Gazprom and its European partners stronger with respect to Nord Stream 2.

Naftogaz' argument is based on the fact that it significantly revalued its transmission assets in 2014 by a factor of 4 in local currency (or from $7.7bn to $15.2bn). This effectively led to a significant decline in the ratio of return on assets in this segment of its business. Naftogaz therefore declared in its 2014 annual report that "this indicates that the transmission fee under the contract with Gazprom is lower than economically justified levels and [the company plans] to shift to a Regulated Asset Base (RAB) methodology from 4Q 2015, in order to ensure a fair return on assets". However, this statement raises a number of anomalies. Firstly it is strange that Naftogaz defines its transmission segment as a non-regulated business but then wants to apply a Regulated Asset Base methodology to it. Secondly, the assets, which were built under the Soviet regime, are getting older and outsized in a world where gas demand in Europe is declining. As a result, the argument for any increase in their value appears to lack credibility. If anything, these transmission assets, which were used for transiting more than 100 bcm/y prior to the construction of Nord Stream 1, should now have a reduced not increased value.

Nevertheless, in line with its somewhat strange reasoning, Naftogaz has been trying, since 1 January 2016, to implement new entry and exit tariffs for transit via Ukraine introduced by the state regulator. The tariffs for all entry points to the gas transmission system of Ukraine are at the same level of $12.47m/bcm while there are different tariffs for various exit points ranging from $16.74m/bcm to $32.80m/bcm. The consequence is that if the current non-regulated contract between Gazprom and Naftogaz is converted into a regulated contract for capacity booking of 110 bcm/y through to 2019, the price will move from $27m/bcm on a flow basis to $45m/bcm on a capacity basis. Naftogaz argues that this would then allow it to charge a reduced fee post 2020 as the transit assets would then be fully depreciated post 2019. Furthermore, Naftogaz's idea is

to bring the contract in line with EU regulation on transportation;

to increase revenues even if flow decreases;

to be able to show lower transport fees from 2020.

The mechanics of implementing any change to the transit methodology are complex, though. Since 2010 the tariff for gas transit through Ukraine has been calculated based on the price formula set out in the 2009 transit contract. However, following recent amendments made to Ukrainian legislation, the National Commission of Ukraine is now responsible for setting tariffs for gas transportation services via cross-border pipelines. And, accordingly, Naftogaz should now attempt to implement this new legislation, indeed under the 2009 contract Naftogaz is allowed to claim to review the rates of payments for the price of transit. However, if agreement is not reached within 3 months, each party of the 2009 transit contract has the right to lodge an arbitration.

Naftogaz's position does carry significant risks though, and is likely to generate a strong commercial and legal challenge from Gazprom. There are a number of solid reasons for this, including:

The new tariff rate for transit of Russian gas through Ukraine cannot be introduced without amending the existing contract, but Gazprom is unlikely to accept any change to the 2009 contract as arbitration is currently pending regarding the 2009 gas supply contract and Naftogaz's debt owed for supplies in 2013 and 2014;

The 2009 contract is a contract between Naftogaz and Gazprom and does not mention the regulator. As a result Gazprom is unlikely to accept any changes based on the rulings of the new Ukrainian regulator;

This change in contract should be settled by an arbitration tribunal, but Naftogaz has little chance of being successful there;

Gazprom is very unlikely to ever use the full 110 bcm/y of the Ukrainian transit system. If one assumes that Gazprom only uses 47 bcm/y for transit to Europe, as witnessed in 2015, the implicit tariff on a volume basis rises to $106m/bcm (compared to $45m/bcm if the full capacity is used). While this would increase revenues to Ukraine from $1.3bn to $5.0bn per annum, it would make the implied tariff very uncompetitive with Nord Stream 1 ($37m/bcm) and would make the case for constructing Nord Stream 2 much stronger.

In complete contrast, Gazprom obviously wants to benefit from a lower overall fee if it uses the Ukrainian transport system less; the 2009 contract is a volumetric one and therefore it would expect lower transit volumes to imply a lower cost;

Confusingly, though, in its recent communications, Naftogaz has used both formulae at various points, making it unclear what its exact plan is;

Furthermore, given the fact that the profit margin in its transit business is 45%, while the average operating margin in its overall business is only 6%, with a loss of $1.5bn having been reported in 2015, it would be logical to ask, on reading Naftogaz's accounts, whether it is using its dominant position as a transit country to cross-subsidise the rest of its business, to the detriment of both Russia and Europe.

Lowering the current transit fee could therefore be a sensible move, particularly as Naftogaz is already considering this strategy post 2020, and it should also be accompanied by improved margins in its other activities. In contrast by hiking the tariff now, Ukraine is sending the opposite message to stakeholders, who have no reason to assume that Naftogaz will fulfil its pledge to reduce prices later, especially as by then it may be purchasing no gas from Russia and will therefore have a much stronger bargaining position than in the past, when it was reliant on imports from Gazprom.

The latter might well therefore assume that it would be better off with an alternative transit option (Nord Stream 2). In short, Ukraine could be seen as providing the green light for the construction of Nord Stream 2 by increasing its own transit tariff.

In conclusion we would argue that in Europe Gazprom has started to vary its marketing strategy by using a variety of methodologies, including selling gas via the traditional long term contracts, via auctions, via Gazprom Marketing & Trading and via Wingas (its 100% owned European utility). As a result it has gained flexibility (that was formerly in the hands of the European utilities) and can adapt much faster to market changes.

Indeed, given there appears to be no realistic chance left for increased transit revenue, Ukraine's choices appear limited if it wants to retain part of the $1bn/y transit fee that does remain.