Canada’s pipeline crisis is a boon for Russia

The controversy of the Trans Mountain expansion projects focused on the implications of the project’s delay for Albertan oil producers.

The controversy of the Trans Mountain pipeline expansion projects has so far focused more on the implications of the project’s delay for Albertan crude oil producers. Yet, the developments around the pipeline also have reverberations for the U.S. refining industry and more specifically that part of it, which operates in the Pacific Northwest, a region without the luxury of many and different sources of crude to turn into fuel and other products for the local industries and households.

Canadian crude and crude from Alaska have been the traditional feedstock for Pacific Northwest refineries. Now that production is growing and so are refining rates, local operators are buying oil from Russia, which, in the political context between the U.S. and Canada, and Russia, makes for an interesting ironic twist.

Yet these are the realities of life, as Stewart Muir, executive director of Canadian think tank Resource Works, writes in a recent story. If you can’t get a commodity you need from one place, you’ll have to get it from another.

Last month, Muir writes, a tanker under a Portuguese flag delivered between 600,000 bpd and 650,000 bpd of Russian crude to a refinery in Washington State, one of the two that produce fuel and oil products for Washington and Oregon. This might become a more frequent occurrence as crude oil production in Alaska steadily declines and Albertan oil sands miners cannot get their growing output to refineries because of pipeline constraints. 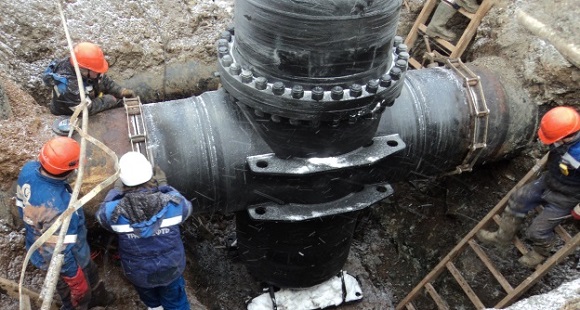 An alternative - railway deliveries of Bakken crude -was rejected by the Washington governor who, unlike most Trans Mountain protesters, has obviously familiarized himself with the safety statistics of various crude oil delivery methods.

When market logic trumps politics, this is what happens. Refineries need feedstock. They do not deal with politics. They deal with demand and supply. And because of this, the U.S. has been importing Russian oil for years, as strange as this may seem in the current political situation.

Here are the facts: The U.S. began importing Russian crude in 1995. Since then, monthly deliveries have peaked at 25.083 million barrels in May 2009, with the latest monthly figure, for May this year, coming in at 15.216 million barrels, according to EIA data. This means that a little over half a million barrels daily of Russia oil were coming into U.S. refineries in May.

Although certainly modest as a portion of total U.S. imports, which in May stood at an average of 10.57 million barrels, Russian oil is flowing into the U.S., and in the Pacific Northwest it might become irreplaceable, Muir suggests. Now, this may be a stretch, a worst-case scenario that will never come true. Even so, the situation in the Pacific Northwest seems to support the argument that the Trans Mountain expansion is necessary - if not for economic reasons, then at least for political ones.

Meanwhile, a round of sanctions that is being discussed in Congress could suspend all Russian oil and oil product exports to the U.S., which may aggravate the situation of the two Washington refineries, one operated by Shell and the other by Andeavor.

If Russian imports into the Pacific Northwest are indeed essential, the next round of sanctions will certainly aggravate this situation. But on the other hand, the possible suspension of Russian oil imports into the U.S. could just prove Muir and other skeptics wrong. That will be bad for Trans Mountain and for the refiners in Washington, particularly Andeavor, which has made a long-term commitment to use the additional Trans Mountain capacity that may never come online.