2 of India's largest refiners, Reliance and Indian Oil Corporation, are setting their sights on buying Russian Urals crude as the key export grade shows signs of competing with some Middle Eastern sour barrels. 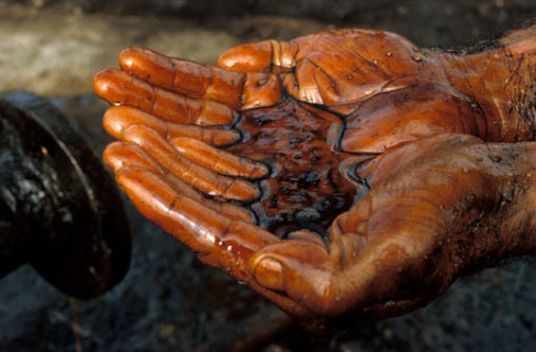 In what traders are describing as an opportunistic move, the price of Urals crude exported from the Black Sea port of Novorossiisk is becoming more attractive to some refiners in India, as the OPEC-led production cuts have reduced exports of Middle Eastern sour crudes, pushing up their price differentials.

It is very unusual for India to buy Russian crude oil, but there are signs the economics are proving more favorable than they have in the past due to more interest from the East for Dated-Brent related crudes, supported by lower freight amid robust demand for sour crudes.

Traders said increased interest for Urals oil from Reliance, which runs the world's largest refinery in Jamnagar, and Indian Oil Corporation, which operates 11 refineries in the country, bodes well for the Russian Urals market.

Traders said IOC had bought a Urals cargo for end-March loading while Reliance was looking for a parcel for end-March/early-April loading dates.
Representatives from Reliance and IOC were unavailable for comment.

The Asian grades have really gotten expensive [over the last few months mainly driven by OPEC cuts] and India is now looking for alternative crudes that are cheaper - Urals is one of them, said a trader.

Sources said India has expressed interest for Urals late last year, with a couple of instances seen, but that before that there have been very few cargoes of Urals exported to India in the past 5 years.

The appeal for Indian buyers to look at Urals crude becomes more obvious when comparing delivered values to the West Coast of India of Oman crude versus Urals loading from the Black Sea port of Novorossiisk.

The cost of shipping a Suezmax of Med Urals to the west coast of India (on a delivered basis) is around $1.50-2.00/b cheaper than shipping a cargo of Oman crude to the same destination, according to Platts data.

Sources said that Indian companies started increasing their Urals Med intake late last year which directly links to Med Urals dropping below the value of Oman crude in December as well as the exchange of futures for swaps narrowing.

Historically and for the majority of 2016, Oman crude was trading below Med Urals, with only occasional spikes in the other direction.
However, from December onwards Med Urals has been trading at a constant discount to Oman crude.

The spread between these 2 crudes, which are similar in quality, widened to its largest in over 2 years at the end of last week when Med Urals stood at around a $4.00/b discount to Oman crude on a delivered basis to the West Coast of India.

The front-month Brent/Dubai exchange of futures for swaps - which enables holders of ICE Brent futures to exchange a Brent futures position for a Dubai crude swap - was assessed at $1.32/b at the London close Thursday, having consistently traded below $2/b this year.

Much of the move was attributed to a stronger Dubai complex, on the back of OPEC-led production cuts. Some also pointed to Asia's strong appetite for heavy crudes.

India which has recently emerged as the world's 3rd largest crude oil importer, has been hugely reliant on crudes from the Middle East and West Africa, but it has been diversifying its suppliers over the past few years.

Despite strengthening energy ties between the 2 countries, India has not been an active buyer of Russian crude oil, mainly due to economic and logistical issues.
Urals crude which is exported from the Baltic and Black Sea ports, involves long shipping voyages, and even Russian ESPO crude is not very convenient for Indian refiners to import.

But the Indian government has said recently that it has been discussing a crude supply contract with some of Russia's key state oil companies like Gazprom Neft and Rosneft.

The 2 countries have also been actively studying possibilities to cooperate in a wide range of spheres, including exploration, development, transportation and refining, according to Indian government officials.

Late last year, Rosneft and a consortium led by Trafigura jointly bought Essar Oil, which operates the 400,000 b/d refinery in Vadinar, providing the companies an opportunity to expand their footprint in India's growing oil sector.

Sources have said that with this deal, there might be more opportunities for Russian Urals to travel to this refinery in the near future.

Russia also has plans to expand its only eastbound export pipeline, ESPO, after 2020, when more opportunities for crude deliveries to the Asian markets will emerge.