How Mozambique could shake up Putin's world

Among the news from East ,the last two days: Italy's ENI raised its estimated natural gas reserves in Mozambique to the oil equivalent of 6.5 billion barrels, a full third greater than the 5 billion barrels it previously estimated. 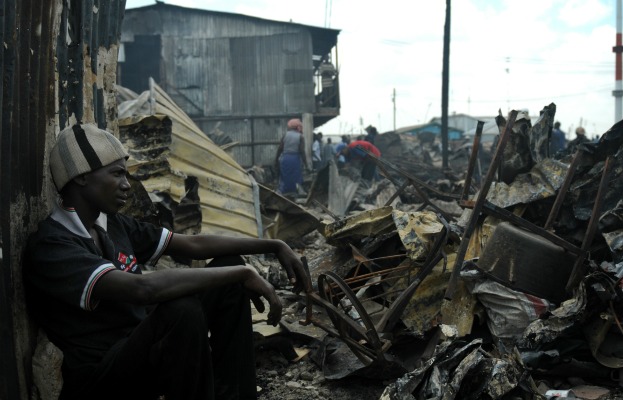 Among the news from East Africa the last two days: Italy's ENI raised its estimated natural gas reserves in Mozambique to the oil equivalent of 6.5 billion barrels, a full third greater than the 5 billion barrels it previously estimated. Up the coast in Tanzania, wildcatter Ophir Energy said a new discovery increases its offshore natural gas reserves to the equivalent of 567 million barrels of oil; that puts Ophir's total in the country at 1.2 billion oil-equivalent barrels. Scooting north a bit more, U.K. wildcatter Tullow Oil said it has discovered onshore oil in Kenya.

This flurry of announcements arrives in an already-existing boom atmosphere in East Africa, which now joins West Africa as a world-class petro-region. Mozambique's gas alone has the potential to shake up the energy and geopolitical equation in a line stretching from Europe into Asia, and the companies working there say more discoveries are on the way.

As I wrote this week at EnergyWire, this bonanza has triggered anxiety along with elation, considering Africa's long, sordid history as target of foreign resource-hunters, and home of rapacious local leaders. Recent hydrocarbon history, including the Arab Spring, suggests that drillers have a self-interest in encouraging transparent and responsible local expenditure of the oil wealth: With multiple-decade contracts, political instability can erupt in the face of avarice amid poverty (pictured above, fire last week razed the Kenyan slum of Kibera.).

Consider Mozambique, a nation of 23 million people, which has had strong economic growth for several years, but remains near the bottom of most human-development indexes. Its leaders simply have not delivered.

Against this record, ENI, which has a half-century of history in Africa, says it plans a big public-works program in Mozambique. "We are going to develop the country in terms of power plants, in terms of infrastructure, to make our presence in the country sustainable," Claudio Descalzio, chief operating officer of ENI's exploration and production division, told me.

Houston-based Anadarko, which has the gas equivalent of 5 billion barrels of oil in an offshore Mozambique block adjacent to ENI's, talks similarly. "When you look at the state of Africa over the centuries and the struggles that have come about because of the exploitation of resources, this is an opportunity to do some things and do them right that will help to transform those countries into something that serves its people well," Anadarko spokesman John Christiansen told me.

But what is the potential should the drilling go right? Locally, there are signs, for instance in Ghana and Nigeria, of a fragile trend toward better management of the oil wealth.

Abroad, there is the potential for havoc of a positive sort in Europe and Asia.

Liquefied natural gas exports from Mozambique are likely to begin toward the end of the decade, according to ENI's plans. These supplies are aimed at Asia, where until now Qatar has largely had the run of the block. Its LNG prices are astronomical -- up to $20 per 1,000 cubic feet, compared with gas selling at a 10-year-low under $2.30 per 1,000 cubic feet in the United States.

The main reason that LNG prices are so high in Asia is that, unlike in the U.S., they are linked to the price of oil. So that when oil prices surge, as they have been, they carry gas prices with them. It is a captive market -- unless cheaper LNG exports can get there, Qatar, in addition to Indonesia, Malaysia and Australia, will continue to reap such profiteering revenue.

Mozambique (along with the United States) are the likeliest candidates to puncture Qatar's ideal world. To the degree that lower prices get China to do more switching from coal- to natural gas-fired power plants, this is good news: the growth in projected CO2 emissions would be lessened.

What about Europe? Gazprom supplies 25 percent of the continent's gas, a relationship set to become more entrenched with Russia's new pipeline plans. This captive situation, as with Asia, is pernicious in the sense that it supports a similar gas-oil price link.

Enter Mozambique, which is also geographically positioned to supply Europe. To the degree its independent supply of gas goes into Europe's spot market, Gazprom's position would be weakened. Gazprom, the leading edge of Vladimir Putin's foreign policy, would have less influence over Europe.