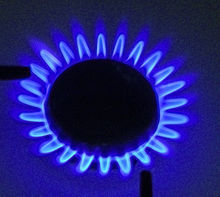 According to the latest study*, Russia is being forced to re-evaluate its natural gas export strategy as the rest of Europe - the destination of 93% of the country's gas exports in 2011 - grows increasingly disillusioned with the country's pricing system.

For years, Russia and many of the other countries on the continent have been dependant on one another in a natural gas import/export relationship, but due to a decline in gas prices on the spot market and the rising price of Russian gas, European utilities are starting to take their business elsewhere.

Russia's gas monopoly, Gazprom, has recently been forced to renegotiate its prices with some of the major European utility companies, agreeing to link 15% of export volumes to the spot market price in several deals.

The Russian firm has also offered price discounts of up to 10% to many of its customers including Italy's Eni, Edison and Sinergie Italiane, France's GDF Suez, Germany's Wingas, Slovakia's SPP and Austria's EconGas.

However, these discounts do relatively little to counter Russia's exponential gas export price increase - from $244.44/million cubic meters (mcm) in July 2009 to $452.16/mcm in June 2012 - prompting European firms to escalate imports of Liquefied Natural Gas (LNG) from countries in the Middle East and Africa.

Matthew Jurecky, Director of Energy Research and Consulting at GlobalData, said: "Weakened demand for natural gas during an economic crisis in the European Union has further lessened the region's appetite for oil-price linked gas from Russia.

"Europe was already open to alternative sources after enduring the political games that have threatened supply over the past few years."

Just as Europe looks to diversify its gas imports, Russia aims to ease its dependence on European gas purchases. GlobalData predicts that Russian gas exports to Asia will climb significantly before the end of the decade, from 11.8 billion cubic meters (bcm) in 2012 to 44.2 bcm by 2020. China, Japan and South Korea are expected to be Russia's primary export locations during this time period thanks to growing demand for LNG in these countries.