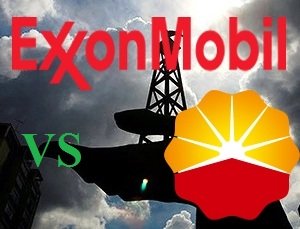 Various scenarios for farming out Exxon's 60 percent stake in the giant oilfield are still under discussion, but at this stage China's biggest energy firm PetroChina is expected to take 25 percent and Indonesia's state-owned Pertamina 10 percent, they said.

Exxon would remain operator of the southern field, core to Iraq's oil expansion plans, though its share could be cut to 25 percent. Royal Dutch Shell would retain its existing 15 percent share.

China is already the top foreign player in Iraq's oilfields and such a big stake in West Qurna-1, around 50 km northwest of the southern oil hub of Basra, would make PetroChina the single biggest foreign investor in Iraqi oil.

PetroChina confirmed it was in talks for a stake in West Qurna-1 at its interim results briefing on Thursday, though its president, Wang Dongjin, did not disclose the size.

"The negotiation is still under way," he told reporters. "We are likely to conclude the talks within this year."

For Pertamina, the deal could be its largest foreign acquisition and mark its first move into Iraqi oil and gas since U.S.-led forces toppled leader Saddam Hussein in 2003.

Iraqi oil would help Indonesia meet soaring fuel demand as South East Asia's largest economy grows. Former OPEC-member Indonesia was once itself a big oil exporter, but it is struggling to arrest declining oil and gas output from its ageing fields. The country already imports a million barrels a month of Iraqi oil.

Indonesia's Chief Economic Minister Hatta Rajasa said in March that Pertamina was interested in buying into the project and was negotiating a 10 to 20 percent stake.

An Exxon Mobil spokesman declined to comment. A Pertamina spokesman said he was unaware of the deal.

Last year, Exxon offered to sell its entire 60 percent stake in West Qurna-1 after a dispute with Baghdad over contracts it signed with the autonomous Kurdistan in the north, deals which the central government rejects as illegal.

The U.S. oil company later committed to further investment at the field - now pumping just under 500,000 barrels a day - and stepped back from making a full exit, talking to potential buyers about smaller stake sales.

Iraq's oilfields are the largest in the Middle East open to foreign investment. The reserves are an alluring prospect for energy firms seeking to secure future oil supply, despite tough contract terms imposed by Baghdad.

Iraq and Pertamina signed an oil exploration agreement in block 3 in Iraq's western desert in 2002, but Pertamina never started exploration due to the Iraq war.

The Indonesian energy company has tried to revive that deal, and has also expressed interest in another field.

Pertamina also bid unsuccessfully when Iraq auctioned the rights to develop its massive oilfields in 2009. Rival Malaysian state oil firm Petronas was successful and won stakes in four big Iraqi projects. The bids were part of an aggressive expansion on to the global stage by Petronas.

Pertamina's overseas ambitions have been more modest. The firm has investments in Libya, Sudan, Qatar, Vietnam, Australia and Malaysia.

Baghdad signed a series of service contracts in 2009 that committed international oil companies to raising Iraq's oil output by 2017 beyond 12 million bpd - which is more than Saudi Arabia produces now.

Infrastructure and security problems have since forced the government to cut the target to 9 million bpd by 2020. The issues are so acute Iraq could report a year-on-year output fall for 2013, its first after two years of robust gains.