Iran, Iraq and possibly even Syria will become the new hub of Russian oil-related investments. 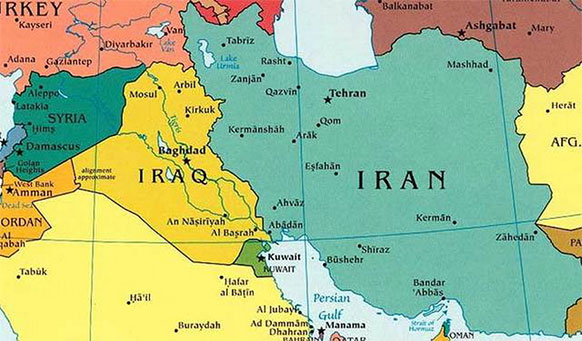 Having battled through the travails of an ever-tightening sanctions regime and a prolonged economic downturn, which in most cases led to a freezing up or lowering of expenditures and the adoption of a very risk-averse investment strategy, Russian companies are now destined to embark upon a new expansion, this time in the Middle East.

Immensely rich in oil, yet lacking the funds necessary to exploit it, virtually unsanctionable for any potential cooperation with Russian companies (even sanctions vis-à-vis Iraq are implausible given the ongoing fight against the Islamic State) and brought ever closer together politically on the back of recent developments in the region, the Middle East-Russia axis is bound to get stronger with time.

The most notable external stimulus for Russia's Middle Eastern drive will be the tightening of the U.S. sanctions regime, limiting partnerships involving Russian oil companies and Western majors.
As all big Russian oil & gas companies have a good relationship with the government (NOCs are tangibly closer than others, though), sanctions could be levied against virtually anyone, even against independents.

For instance, it was feared that the U.S. Congress might sanctions LUKOIL's Romanian Trident project (72 % share), on which it collaborated with the American PanAtlantic (18 %).

Among Russian majors, only Surgutneftegas has been in the red during 2017. The profits incurred could be easily spent on the domestic market, but companies have been appraising foreign assets instead of national ones.

The main reason for this is the state's rising role in the Russian oil sector. Currently, 52 % of domestic oil production is in the hands of state-owned companies (Rosneft/Bashneft, Gazprom Neft).
If one is to count in the regionally-owned Tatneft, that number jumps to an unprecedented 56 % and will likely increase further.

Since 2006, when the Subsoil Law of the RF introduced the notion of mineral resources of federal importance, independents with no state equity share are disallowed from applying for fields containing 70 MMt of oil and/or 50 BCm of gas.
Moreover, only Rosneft and Gazprom Neft are eligible to exploit the resources of the Arctic, whose vast reserves represents Russia's new oil frontier.

Hence the political establishment's favourite, Rosneft, has demonstrated a spectacular buildup in assets. Independents, as a consequence, have ended up in a marginalized position.
As LUKOIL's mature base in Western Siberia is declining, the company managed to secure only niche formations, such as the Caspian Basin, whose oil potential is only a fraction of the gaseous one.

After several attempts to expand abroad in the 2000s, Surgutneftegas has barely moved out of its traditional Khanty-Mansiysk region.

If all the sweet spots in Russia are to be distributed to state-owned companies, why not search for coveted fields abroad?
This question resonates with many, but it epitomizes most aptly the plight of LUKOIL, which despite a palpable production decline in previous years remains Russia's No.2 oil producer.

Its traditional domain, Western Siberia, is inching gradually towards depletion and new prospective frontiers are out of its reach since it is a privately owned oil company (Russia's largest at that).


Now LUKOIL is expected to secure 2 brownfield sites in Iran, Mansouri and Ab-Teymour, with the company's CEO stating that they are currently waiting for Teheran to finalize the IPC conditions so that any sort of judicial uncertainty is eliminated.

In general, Russia has the biggest share among foreign countries in securing preliminarily IPC oil fields in Iran by means of MoUs (totaling 9) and it is LUKOIL that won the most prolific ones, in all likelihood a result of its long-standing ties to Iran which date back to the Caspian swap crude sales.

Most fields that Russian companies will be involved in are brownfield - only Changuleh is a greenfield - and fall into the medium oil category.

Iran is not the only Middle Eastern country that will witness an influx of Russian companies. Rosneft and Gazprom Neft are developing 8 blocks in Iraqi Kurdistan, with the former effectively helping the KRG to stay financially afloat thanks to its prepayments within a long-term supply deal.

Russian companies seem to be warming up to the Iraqi mainland, too - LUKOIL has strived to expand its dealings in Iraq, where it currently operates the 14 BBbl West Qurna field, by clinching the Nasiriya Integrated Project.

Talks have yielded no significant result so far. However, with Rosneft having spudded its 1st exploration well in the Western Desert this year and Gazprom Neft ramping up its 3 BBbl Badra project, LUKOIL might get back to the negotiation table.
All the more so as LUKOIL's own Eridu-2 exploratory well, spudded in February 2017 and located right next to Nasiriya, confirmed expectations of a large hydrocarbon field.

The Syrian civil war remains a significant factor in dovetailing the Russian and Iraqi/Iranian points of view.
By demonstrating that it is willing to commit substantial resources to the Syrian cause, by shoring up military cooperation with Baghdad and Iran, including the sales of military equipment and arms, Moscow's status within the region has been cemented.

In case the Syrian civil war ends with the current government staying in force, either to the full extent or by means of a political division of powers, Russian companies (the state-owned ones and perhaps Tatneft, too, as it had assets in Syria before the onset of the war) are expected to take part in the resurrection of the Syrian oil & gas sectors.

Syria's reserves - 2.5 BBbl of oil and 241 BCm of gas - might seem small compared to Iraq or Iran, however, they would also constitute an important piece in the jigsaw puzzle of Middle Eastern energy.