Russia’s Arctic oil is off limits for private drillers

On the last day of summer 2017, Russia's PM Medvedev held a government session dedicated to the development of the country's territories in the Arctic. 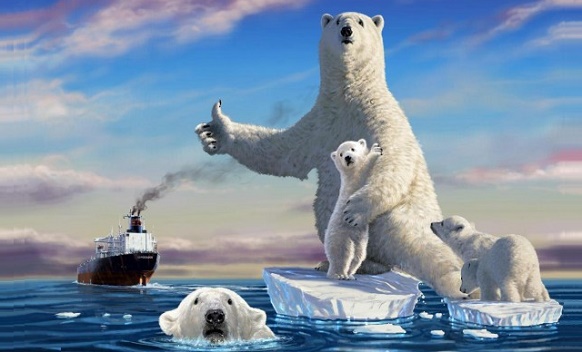 On the last day of summer 2017, Russia's Prime Minister Dmitry Medvedev held a government session dedicated to the development of the country's territories in the Arctic.

After months of speculation and rumors about significant funding cuts to the Arctic development program, the government pledged to invest RUB 160 billion (over $2.75 billion) by 2025 in the development of the Arctic shelf and the socio-economic needs of the local area.

The news broke as Russian Deputy Minister of Energy Kirill Molodtsov revealed plans to increase Arctic oil production by 10 % up to 730-774 million barrels in 2017.
Despite state support, companies that operate in the Russian Arctic likely face significant challenges beyond the often-mentioned remoteness of the area, harsh climate, high operational costs, and the need for sophisticated technologies.

Impact Points
• While Prime Minister Medvedev invited Russia's businesses to more actively participate in Arctic exploration in the form of state private partnerships, key energy players in the Arctic appear to remain in opposition to the idea.
• Russia's Arctic rush should be monitored, as it is likely to showcase the arsenal informal mechanisms the Kremlin and state-owned companies use to promote their agenda.

Access for the Few
There is consensus between the Russian government and the oil and gas industry that development of hydrocarbon reserves in Russia's frontier regions, particularly the Arctic, would be impossible without support from the state.

To encourage energy companies to invest in development projects, especially in the offshore Arctic, the Russian government introduced financial incentives like preferential tax breaks and deduction of research and exploration costs from taxable profits. However, these perks aren't available to everyone.

Despite the difficult operating conditions, many energy companies recognized the resource potential of the Arctic and expressed their interest in obtaining exploration licenses for the Arctic shelf.

The ultimate goal for companies: reserve replacement and new production to offset declining output from their brownfields. However, their ambitions were contested by state-owned Rosneft and Gazprom, both of whom have been de facto monopolists of the Arctic shelf for almost a decade.

In 2008, the Russian government approved amendments to the Federal Law on Subsoil Use which restricted access to the Arctic shelf to companies that are majority owned by the state, and have worked on the shelf for at least 5 years.

That meant that any company would have to partner up with Rosneft or Gazprom to acquire access to the Arctic shelf.

Executives of Rosneft and Gazprom argued that privately-owned companies would not be able to afford to explore the Arctic. But strictly speaking, that wasn't true.

At least one privately-owned company, LUKOIL, had the necessary capital, experience and technologies, having operated offshore, including on the Norwegian continental shelf.

Lobbyism Against Liberalization
The amendments were likely a strategic move made by Igor Sechin and Alexey Miller, the respective CEO's of Rosneft and Gazprom, who wanted to secure control over what was perceived as a new oil and gas El Dorado.

By 2015, Rosneft and Gazprom controlled almost 80 % of the Arctic shelf, with many exploration licenses received without auctions and tenders- inferred privileged access. The remaining 20 % were yet to be distributed.

Such protectionism has inevitably hampered the speed of development of hydrocarbons in the Arctic, with low oil prices and limited financial resources meaning that neither Rosneft nor Gazprom have been able to meet their exploration license commitments.

Although liberalization of the shelf was supported by both privately-owned energy players and public officials - including Minister of Energy Alexandr Novak and Minister of Natural Resources and Ecology Sergei Donskoy any attempts to liberalize access have failed due to the successful lobbying efforts of Rosneft and Gazprom.

Both companies are energy industry heavyweights that are known to have used their political ties and access to informal mechanisms to pursue their business goals.

In 2012, the CEOs of LUKOIL and Bashneft, and the then-executive director of TNK-BP, wrote a letter to President Putin requesting to ease access to the resources of the Arctic shelf to help fulfil the state programme for the development of the continental shelf.

In response, Sechin and Miller wrote letters to the President opposing the liberalisation initiative. Igor Sechin even threatened to claim compensation from the government should the liberalization initiative translate into practice.
Putin reacted immediately by demanding that the State grant Rosneft and Gazprom the exploration licenses they requested.

Western sanctions against Russia following its involvement in the Ukrainian crisis resulted in the foreign partners of Rosneft and Gazprom leaving the Arctic, taking funding and technologies with them. Naturally, this led to a further slowing of Arctic exploration.

To address the issue, in April 2015, the Ministry of Natural Resources temporarily postponed granting exploration licenses for the Arctic shelf and suggested to use the Norwegian model of developing the shelf, in which energy companies that intended to obtain licences formed consortiums approved by the state.

Sergei Donskoy also proposed to stop granting exploration licenses to state-owned companies without auctions. However, the initiative was strongly opposed by Rosneft, who accused the Ministry of Natural Resources of lobbying the interests of privately owned oil companies.

Rosneft's official representative Mikhail Leontiyev even claimed that the proposed initiative was developed specifically to favour LUKOIL. Unsurprisingly, the initiative was never approved.

Private energy companies are not the only subjects of the power struggles vis-a-vis the Arctic's hydrocarbons. The fierce competition between Rosneft and Gazprom, which frequently dispute each other's claims for license blocks on the Arctic shelf, led to a race in bids for exploration licenses.

At the same time, the 2 companies often failed to meet their obligations for developing the blocks they already had.

In August 2016, the Ministry of Natural Resources imposed a moratorium that suspended new licenses rounds on the shelf until at least 2020.
However, it looks like Rosneft has yet again found a way to counteract the government through lobbying and its CEO's access to the President.

In July 2017, after Rosneft's 1st oil discovery in the Laptev Sea on the Eastern Arctic shelf, Igor Sechin wrote a letter to Vladimir Putin suggesting restarting license rounds, and to conduct tender auctions for the license block near its oil discovery.

Importantly, Sechin suggested that successful candidates should already hold an exploration license on the Arctic shelf. The President yet again supported Sechin's suggestion.

It is likely that the requirement was aimed at shutting LUKOIL out of the auction. Rosneft and Gazprom are the only holder of exploration licenses on the Arctic shelf.

However, the license blocks in question, Khara-Tumus and Beregichevsky, are located onshore not far from LUKOIL's East-Taimyr oilfield; and thus could potentially be interesting for the privately owned company.

When LUKOIL won the East Taimyr license, Rosneft decided to dispute the decision in court, which ruled in LUKOIL's favor.
Yet one detail marred the effect of LUKOIL's victory over Rosneft: the total price it paid for the license was 600 times higher than the tender starting price.

LUKOIL seems to have learned its lesson, and has, for now, abandoned further attempts to acquire licenses on the Russian Arctic shelf.
Instead, it has focused on participating in shelf projects abroad. For example, in May 2016, Norway awarded LUKOIL a 20 % stake in a license block at the Fedynsky High along the Norwegian-Russian maritime border.

The situation vis-a-vis the development of the Arctic's resource potential represents an interesting paradox.

On the one hand, the Prime Minister calls for private investors to take the financial burden of sponsoring Arctic energy projects of the state.

On the other, the key state-controlled energy players in the Arctic have made it clear that private companies are unwelcome in the High North.

Instead, privately owned energy companies appear to be switching their focus to developing reserves abroad, where there is less patronage and fewer bureaucratic hurdles.

The Kremlin should make a clear difference between its strategic development goals and the personal agendas of energy sector power players if it really wants to see its sky-high Arctic ambitions become a reality.