Vladimir Putin has spent last week cozying up to the OPEC and dissing the U.S.’ oil industry, dismissing shale oil production as a “barbaric” process. At the same time, he announced that Russian oil output has increased despite the fact that the country has also pledged to remain cooperative with OPEC’s production curbs. 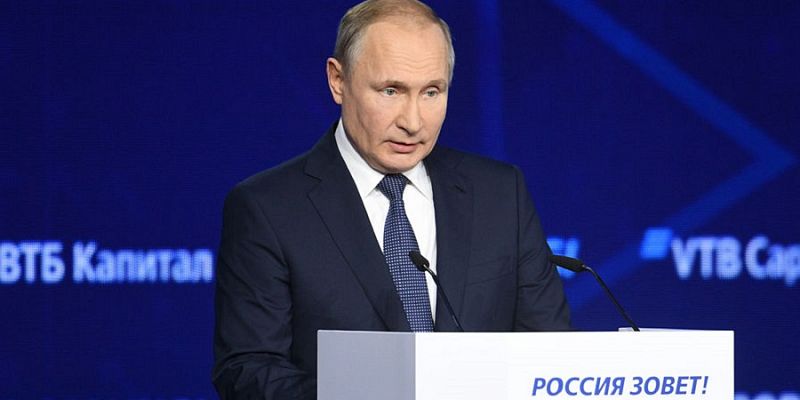 Putin announced that “Russia and OPEC have ‘a common goal’ of keeping the oil market balanced and predictable, and Moscow will continue cooperation under the global supply curbs deal” according to Reuters.

So far Russia has followed OPEC’s guidelines to a certain extent, cutting oil production from September to October, but still did not cut back production as much as the specifications of the deal called for.  “In October, Russia cut its oil output to 11.23 million bpd from 11.25 million bpd in September but it was still higher than a 11.17-11.18 million bpd cap set for Moscow under the existing global deal,” said Reuters.

“Putin told the forum that Russia’s oil production was growing slightly despite the supply curbs deal but Moscow was not aiming to be the world’s № 1 crude producer. Currently, the U.S. is the world’s top oil producer.” Speaking of the U.S., Putin had plenty of words for them as well, accusing the U.S. of ignoring the negative environmental externalities of the nation’s mass-scale shale oil and gas production (fair enough) calling the process “barbaric” and proclaiming that Russia will never use fracking as a means of oil and gas extraction.

“We will never frack,” Putin told a representative from Total during Moscow’s Russia Calling! conference. “We don’t need to develop shale oil at all. 1st, we don’t need to increase the supply of oil to world markets, and we have enough oil we can get from the Arctic shelf.” He added, “In spite of all of the economic benefits, we do not need it and we will never do this.”

Putin has a point. There are endless environmental impact studies backing up the fact that fracking does cause extensive environmental damage and even birth defects. As always, there’s more than one side to the story. As CNBC sums up the debate: “Advocates of fracking [...] say it vastly expands natural gas supply - a cleaner fuel than crude oil - and cuts costs for consumers. But, critics of the process have sounded the alarm over its negative environmental impacts, including air and groundwater pollution and increasing earthquake risk.”

And then there is another major wrinkle, which is that, according to Forbes, “the problem with Putin’s statement is that his biggest natural gas company doesn’t think the same way about fracking.” In other words, Putin is talking the talk, but the Russian energy sector is not walking the walk.

And we’re not even talking about a divide between the public and the private sectors, we’re talking about state-owned oil companies. Gazprom Neft is one of the largest, and it’s been in the fracking game for a while now, having “completed the construction of its 1st horizontal drilling well 3 years ago in the Bazhenov Basin in Western Siberia.”

Gazprom Neft is operating approximately 30 fracking sites in Russia, overall a relatively small number in the overall energy landscape of Russia. As Forbes writes, “fracking for oil and gas is not the mainstay of Russian hydrocarbons. But it’s something Gazprom Neft is pursuing, whether Putin knows it or not (he probably does).”

In the meantime, Putin tells us that “You can rest assured that Russia shall always be a responsible actor in the global energy market.”