The difficult path of the EU-Russian partnership

Since the collapse of the USSR the relationship between Russia and the European Union (EU) has evolved in various phases mainly based on global securities issues, economic trade and energetic questions.

Since the collapse of the USSR the relationship between Russia and the European Union (EU) has evolved in various phases mainly based on global securities issues, economic trade and energetic questions. The main institutional difference between the Russian Federation, which is a sovereign state, and the EU, which is a complex institutional system, doesn't help to facilitate concrete measures and dialogue. We will present first, the main treaties and agreements under which the EU-Russia partnership is based. Then, we will try to understand the main issues which block today the evolution of their relations. In this regard, the question of the energy policy plays a central role. To conclude, we will present a overview of the main future trends and evolutions we can see upcoming in the EU-Russia partnership.

The bases of the EU-Russia partnership

The actual relationship between the Russian Federation and the EU are based on the first cooperation and partnership agreement (CPA) signed by the two parties in 1994 and entered in force after the EU member's ratification in 1997. This agreement has drawn the framework of the institutional, political, economical and commercial relations between the two entities until now. However, despite initial positive commercial results the agreement didn't bring significant improvement in the Russia-EU relations, mainly because of the major political and economical changes that happened since the signing of the CPA. The EU enlargement in Central and Eastern Europe in 2004 as well as the introduction of the Euro or the launch of a Common security and foreign policy have completely redefined the EU-Russia relations and made this treaty become quickly obsolete. Nevertheless, all the agreements which were singed since then are based on this first arrangement.

In 1999, the CPA was completed by the "EU common strategy for Russia" which defined the main axes of the EU-Russia relation in the economic, political and social sphere. However, the lack of precision in this new agreement didn't bring any concluding results. The Russian answer to this new strategy called the "Russian middle term strategic program to develop the EU-Russia relations (2000-2010)" didn't make any effective improvement of the situation either. On the same time, since 1991, what it was still called the European Community (EC) launched a financial help program for the CIS countries under the name of "Technical Aid to the Commonwealth of Independent States" or TACIS program. Over 2.7 billion Euro was spent without any significant results and pushed the EU to integrate the program in its European Neighborhood and Partnership Instrument (ENPI). In May 2003 the EU and Russia decided to fix together mutual objectives in four different spheres (common economic space, democracy and freedom, justice and security, external security cooperation and collaboration in culture, research and education). Again, the concrete results were very poor. As we can conclude, despite various initiatives from the both sides, the situations didn't evolve as it was initially expected. Like we will see, this is the consequences of various external factors that treaties and cooperation agreements can't contend.

The main causes of the relationship stagnation 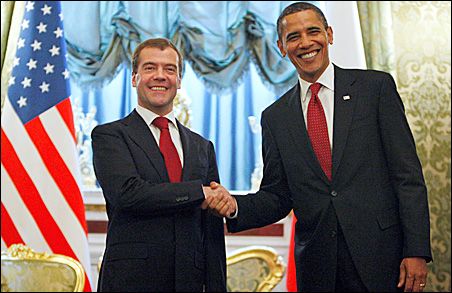 The first primordial element we can specify is the strong institutional structural difference which opposes the EU and Russia. The Russian Federation is a sovereign state which defends, first of all, its national interests while the EU is a complex institutional system of 27 countries with almost the same number of different interests. Traditionally, the EU leaders like France or Germany have always had good bilateral relationships with Russia but the Union enlargement to the Central and Eastern European countries have changed the situation. With this move in the former sphere of influence of the Kremlin, the EU integrates new countries which have, for historical reasons, no interest and friendship for Russia. Thus, their oppositions to Russia represent one of the reason for restraining the EU-Russia dialogues and partnership. The renewal of friendship with the USA after the victory of Obama in 2008 is another aspect of the stagnation of the EU-Russia dialogue. Moscow still considers the USA as the only interlocutor with whom they can speak on equal level, especially on crucial themes such as global security, NATO enlargement or the creation of a anti-missile system in Europe. In a politico-military level, the EU is still seen as a minor partner by Russia. This vision seriously affects any potential security cooperation agreement between the Europeans and the Kremlin. Moreover, president Obama has frozen the NATO enlargement process for Eastern Europe (Ukraine and Georgia) and stopped the deployment of the US anti-missile defense system in Central Europe. All these actions were seen by Russia as very positive signs and have contributed to weaken the EU-Russia relationship.

The recent economic crisis has pushed Moscow to redefine its priorities. The country has strengthened its relation with various European partners but on a bilateral way. The Kremlin post-economic crisis policy pushed it to work closer with the major world economies, in particular via the G20 and in Europe with Germany, France and Italy. With the crisis, the Russian government had the feeling that the major crisis measures taken on the international level were taken by the member's countries of the EU and not by the Union itself. Logically, the Russian Federation concluded that efforts should be concentrated on bilateral relations instead of a dialogue with Brussels. Furthermore, the European institutions didn't play any major roles in the measures to fight the international economic crisis.

The thorny issue of the energy dependency

The European energy dependency to Russian gas was one of the major arguments to develop a constructive and peaceful relationship with Moscow. However, until now, the 27 EU countries were still not able to work out a common energy policy. Russia, which is very conscious of the advantage this division provides, negotiates bilaterally with each country. As a recent example, the North Stream pipeline project in the Baltic Sea was elaborated between Moscow and Berlin and will penalize other EU members such as the Baltic countries with which the Kremlin has difficult relations. We can also emphasize the fact that Latvia, Lithuania and Estonia are the EU countries dependent from Russian gas most of all with 100% of their gas supply coming from Russia. Slovakia and Finland face the same strong dependence. More globally, the Kremlin is the first EU energetic supplier representing 40% of the gas importation and 19% of the total consumption of the EU. The Russian Federation is also the second EU oil supplier with 20% of the importations and 16% of the total consumption. However, despite the strong European dependence from Russian hydrocarbon, this one is mutual. In 2009, the EU investments in Russia represented over 80% of the global foreign investments in the country. At the same time, more than 60% of the Russian external investments are done in the EU. Concerning commercial trade, Russia is the third economic partner of the EU as the European Union is the first commercial partner of Moscow. So, there is no risk of blackmail from the Kremlin. What worried the Europeans more is the question of the future capacities of the Russian Federation to cover the growing consumption needs of Europe. This fear is based on the fact that in Russia there is actually lack of investment in infrastructures, no recent major oil and gas discoveries and a fast growing internal consumption. These last years, the country has also increased energy delivery for Asian countries like China. This situation has pushed many EU countries to try to develop new ways to ensure to them an access to oil and gas resources via Azerbaijan or Kazakhstan but without any Russian control on the production and transport. Thus, the EU has launched and finances various pipeline projects which are against Moscow's interests. Actually, Russia still possesses the transport monopoly of oil and gas in Europe and doesn't want to lose it. In this hard competition, Moscow develops as well a number of new pipeline projects (for example the South Stream and Nabucco projects, the first one is supported by Russia as the second by the EU and the USA).

The beginning of a new era

The fundamental divergences between Russia and the European Union are mainly based on the areas in which the EU doesn't have a common policy or vision such as energy and the question of security; unfortunately these are also the most important fields of discussion between the two partners. The fact that the Europeans want to base their partnership with Russia not only on the economic or technologic cooperation but also on the integration of values, such as the Human rights or democracy, represents a vision that Moscow doesn't share. However, things started to change recently, after the last Russia-EU summit in June 2010. The new socio-economic perspectives planned by the Russian President Dimitri Medvedev via its "Go Russia" modernization program may bring changes. Even if Russia still promotes first economic and technological exchanges, the Kremlin, under the impulsion of Medvedev administration, wants to believe on possible institutional reforms these next years for Russia. Today, the main long term objective of the new cooperation between the EU and the Russian Federation is to improve together their international competitiveness in the space, pharmaceutical, nanotechnology and infrastructure fields to resist to the increasing competition in these domains, coming from other emerging countries like Brazil, India or China.

As a conclusion, despite a long and complex relationship, the partnership built between Moscow and Brussels moves forward in the right direction. Lots of divergences especially on the political and institutional system still remain but these differences are set aside by the common economic interests and promising partnership the two partners can build together.