The common historical and cultural past of the two countries and the economic difficulties they both faced after the collapse of the Soviet Union have pushed them to stay close.

The common historical and cultural past of the two countries and the economic difficulties they both faced after the collapse of the Soviet Union have pushed them to stay close. The first step to their strongest alliance was made in 1992 with the creation of a common customs union which was the base of the Union's future treaties between the two countries in 1997 and 1999. This project of Union was developed during the following years, according to the relations evolution between the two countries. During the 1990s we assisted to a quick rapprochement process but it started to be immobilized in the 2000s and to have ended in a serious break-off with the oil and gas incidents in 2006 and 2010. However, as we will see, this unification project between the two countries, despite various problems, especially the ones linked with the question of the energy prices and gas transit, is an answer to a more fundamental political and economical game for both countries.

Evolution of a historically long-term relation

For over two centuries Belarus and Russia have shared a common history. We can single out two distinct periods of their relations. The first, from 1795 to 1991, started with the Belarus annexation to Russia after the defeat of Poland and finished with the collapse of the Soviet Union. This era was characterized by the Russian domination in all the domains during the Russian Empire period, as well as during the Soviet Union existence. These strong socioeconomic links which had been built for years between them, associated to the failure of the Belarus economy to fully adopt the capitalism at the end of the USSR, pushed the two countries to strengthen their particular relations again through the Union project. The main aim of this project is to build a mutually beneficial and prosperous space. In fact, it appeared quickly that Minsk, as well as Moscow, has more to take using this union project on a political and geostrategic side than in the utopia of building a better society together. The Russian Federation may use the Union's advantage in many different areas. With the end of the Cold war and the recent moves of the European Union, USA and the NATO to the former Russian sphere of influence in Eastern Europe, Minsk still remains a very strong political ally in this region. The geographically close position to Western Europe of Belarus represents the main gate of access to Europe for Russia and an interesting military strategic position. Regarding the field of the organizations regrouping the former member-states of the USSR like the CIS or EurAsEC, Moscow can count on the support of Minsk every time to keep the leadership of these institutions. 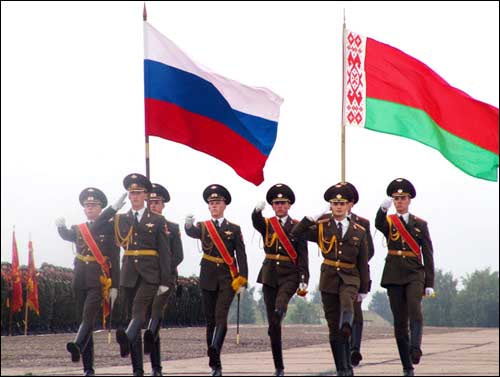 For the Belarus republic, this Union is a way to break the country's international isolation by receiving a strong economic support from Moscow via various subventions that include oil and gas supply at special rates. On a more political point of view, the importance Russia gives to a small country like Belarus and the unshakable support from the Belarusian government, let the president Lukashenko have some influence in the Russian political world. This influence is used by him to stay in power in his country by giving the illusion to the Belarusian people that they will have a better future with this upcoming Union project. Whatever, even if both countries gain some advantages to create this Union, it doesn't mean they don't face difficulties and incomprehension between them. We can even say that disputes are the main way of communication between them.

The main recurrent subject of dispute between Moscow and Minsk turn around the question of the gas transit and energy prices. We can single out three main conflicts that have taken place during these last 10 years.

The gas crisis of 2006
Until 2006, Belarus had been paying $47 per 1000m³ for its gas (comparing to $250 for the rest of Europe) before Russia decided to increase the price unilaterally. Minsk didn't want to hear about any change of the current price the country was paying. As a consequence, Moscow stopped the gas deliveries. This decision forced Minsk to accept an agreement, the country accepted to pay $100 per 1000m³ and gave 50% of the shares of the national Belorussian oil and gas company Beltransgaz to Russia via Gazprom.

The energetic crisis of 2007
One year later, in the middle of winter 2007, the Russian giant Gazprom raised the prices of the Russian gas delivered in Belarus again. Minsk refused and Russia cut the gas delivery for two days until Belarus accepted the new prices. 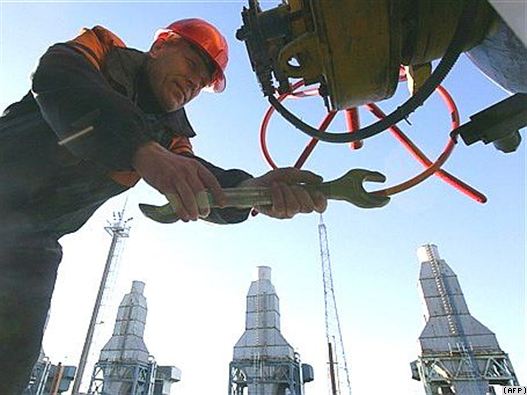 In January, the Russian Federation temporarily cut the oil supply to Belarus following a disagreement on oil prices for the current year. At the end of the month, an agreement was reached until September. In May, the Belarusian president Lukashenko made a proposal that Russia should take the control of all Belarusian pipelines and, in exchange for that, Moscow should accept to deliver oil to Minsk at the Russian internal market prices. However, despite all these disputes, there is no risk of a potential energetic conflict which can strongly affect Europe like the previous one between Russia and Ukraine. This is mainly because Belarus is only responsible for 20% of the gas transit to Europe while Ukraine sees to 80% of the Russian gas transiting by its pipeline networks, which is 40% of the European consumption. This situation shows that Belarus doesn't have leverage as strong as Ukraine does. Outside the energetic theme we can highlight other major points of disagreements and disputes between the two countries.

One relevant element is the recent efforts done by Belorussia to break its isolation. Indeed, when Minsk tries to build fair bilateral commercial relations with its "big brother", Moscow seems to ignore it. As a consequence, this situation has pushed Belarus to start diverting its diplomatic, politic and economic relations. The country commenced regular relations with other oil countries such as Venezuela or Libya. Minsk also discretely tries to attempt reconciliation with the European Union. All these opening signs irritated Moscow because for the Kremlin that means a potential loss of control over its little Eastern European ally. Another topic which decayed the Belarusian-Russian relations turns around the recognition of the two separatist states of the Georgian republic supported by Russia. Minsk still refuses to accept Abkhazia and South Ossetia as independent states. More recently, it's the refusal of joining the new Customs Union uniting Russia, Belarus and the Kazakh republic that offended Moscow. Since then, the problem was solved even if some export duties disagreements subsist. The Customs Union was concretely launched on 6th July, 2010. 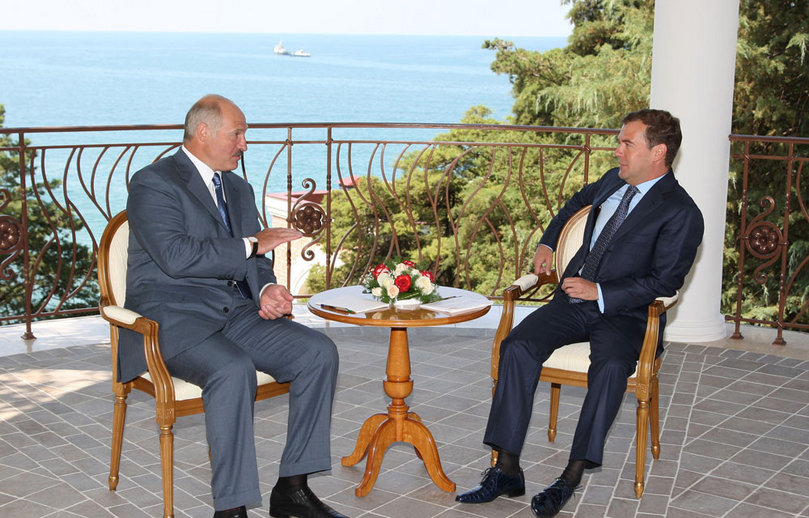 The Russian Federation and Belarus are predetermined to share their future because they both need each other, Moscow for its international strategic interests, and Belarusian president Lukashenko to maintain his power in his country. Despite the various and regular disputes between the two countries, the Russian and Belarusian elites understood well the importance to keep and preserve a close relationship. Obviously, on middle term, this relation should evolve further in a concrete union. The first move will be done in the economical, energetic and military field but it will probably take much more time to see the creation of a common political union, but, who knows?