A geopolitical revolution is quietly taking place. Will it be allowed to continue? 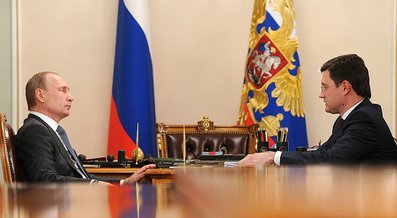 Eastern Europe is diversifying its energy suppliers away from Russia, and toward Iran. A geopolitical revolution is quietly taking place. Will it be allowed to continue?

Since the Cold War it has been bipartisan American foreign policy to encourage Europe's energy diversification away from Soviet and Russian-supplied oil and gas.
This was done through a variety of diplomatic, economic, and covert means, including CIA-implemented technological sabotage of the USSR's energy pipelines.

While American administrations after the Cold War remained concerned about Russia's potential exploitation of the «energy weapon» against Western Europe, American policy focused more on strengthening the economic and political independence of the post-Communist states. As energy prices began to rise during the George W. Bush administration, and with it Russia's influence, the U.S. promoted alternative energy pipelines throughout Eurasia bypassing Russia.

The pipelines were meant to bring much-needed diversification to both Western Europe and an Eastern Europe structurally dependent on Russian energy due to the legacy of the Soviet economic system.
This grave vulnerability led to many proposals, resulting in nothing more than the South Caucasus Pipeline, which now brings Azeri gas to Turkey.

In part, the problem with the proposed pipelines was that, due to their great expense, only linkage to a major energy supplier can justify their existence.
It now appears that Eastern Europe may have found a major supplier as an alternative to Russia.
Iran announced In February 2017 that it will begin exporting oil to Belarus through Ukrainian and Latvian ports.

The announcement was made amid truly unprecedented acrimony in the Belarus-Russia relationship, as Belarus refuses to pay debts accumulated under what it calls unfair Russian gas prices higher than those for other Eurasian Economic Union members in the single market. Russia has responded by aiming for Belarus's jugular, cutting oil exports in half to Belarus, knowing full well that oil products serve as Belarus' primary export and comprise a third of its export income.

As a result, in a nationally televised town hall, Belarusian President Aleksandr Lukashenko complained bitterly, «Why take us by the throat? Yes, we will survive without Russian oil. We will buy it elsewhere. Sure, it will not be cost-effective. But freedom and independence are cost-effective, and they cannot be measured by any money or numbers whatsoever!»

The Belarusian government, whether consciously or not, is paving the way for a breakthrough in the region's energy relations through its deal with Iran.
Iran has not only offered Belarus lower prices as a means to break into the market, but Belarus has promised to allow Iran to use Belarusian refineries and then sell its products throughout the region.
In tandem with this, Belarus is trying to involve Ukraine and the Baltics in its plans, potentially opening the door for Iranian sales there as well.

If Belarus serves as a foothold for Iranian export and refining for the Eastern European and Eurasian markets, this this would gravely undermine Russia's energy dominance and, as a consequence, its political dominance, of the region.
The potential for expansion of Iranian exports is without question, as the country is 2nd globally in proven gas reserves and fourth in proven oil reserves.

Indeed, Iran's oil exports have more than doubled since the Obama administration lifted its sanctions after the Iran nuclear deal was signed in 2015.
Increased Iranian exports should also depress the recent rise of global oil prices following Russia and OPEC's agreement to cut global oil supplies in 2016.

However, possibly throwing a wrench into these gains is the new American president.
During his campaign, Donald Trump announced, «My number one priority is to dismantle the disastrous deal with Iran.»

If President Trump does institute new energy sanctions against Iran, the newfound energy dynamics of Eurasia are nipped in the bud, taking the chances of a geopolitical revolution with them.