In spite of a blockade on shipments of anthracite coal from Donbass to Ukrainian thermal power plants since this past winter, the country has thus far avoided blackouts. 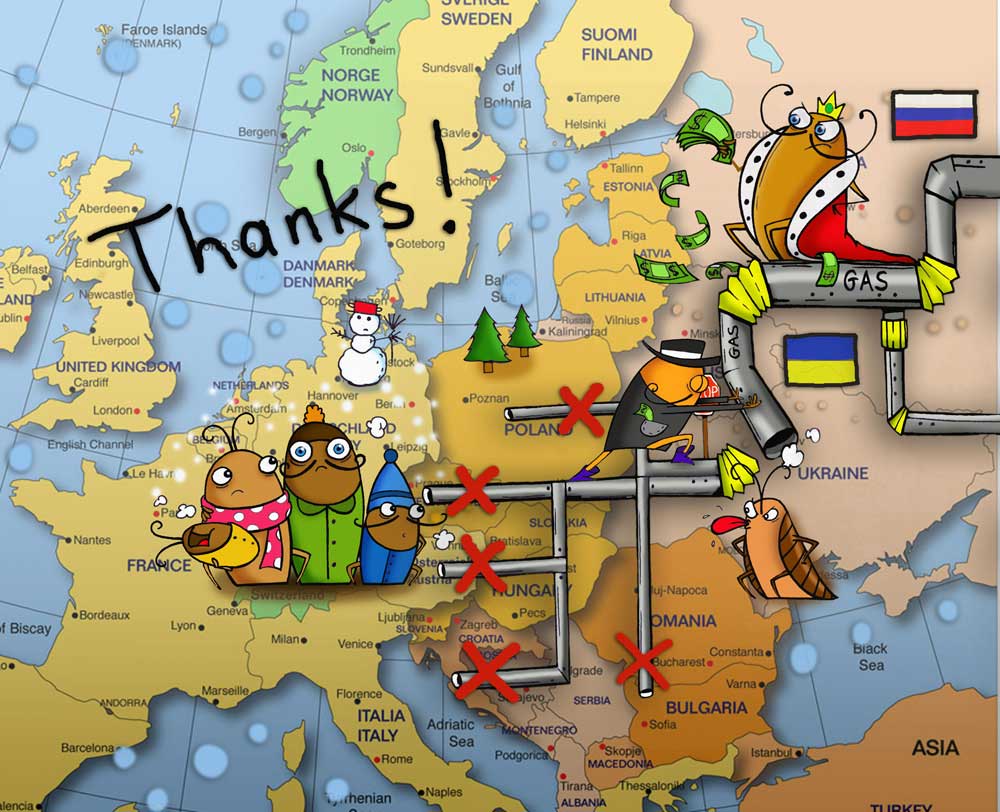 In spite of a blockade on shipments of anthracite coal from occupied Donbass to Ukrainian thermal power plants (TPPs) since this past winter, the country has thus far avoided blackouts.

Moreover, Ukraine has managed to increase power generation by 2.1 % year over year in January-April.
This was mainly thanks to heavy reliance on nuclear energy, but warm weather and lower consumption by industry also helped.

Ahead of the next heating season, which kicks off in October, Ukraine is going to replace Donbass-sourced anthracite with imported coal, while also converting its thermal power plants to use alternative fuels.

Ukrainian nationalists began to block roads leading into the Moscow-backed so-called Donetsk and Luhansk people's republics (DPR, LPR) at the end of January, protesting against what they saw as profiteering from the war by Ukrainian tycoon Rinat Akhmetov at consumers' expense.

They claimed that the government agreed to pay for coal extracted at Akhmetov's mines, located in the «Russia-controlled» areas, according to the so-called Rotterdam-plus formula, so it was as expensive as if it were shipped from the Netherlands.
Because of the blockade, Ukrainian TPPs were left without anthracite from the DPR and LPR territories, and the government warned in February that almost a 3rd of Ukraine would face blackouts by April.

Still, the protests gained momentum, and in March Ukrainian President Petro Poroshenko banned all cargo traffic with the occupied eastern territories.
As a result, 5 out of the 6 Ukrainian TPPs that used to burn anthracite stopped operations in April.

Industry also consumed less power because the Donbass blockade not only affected power generation, but also subdued output in metallurgy and the engineering industry.
For example, after growth last year and in January, metal production plunged year on year by 4.3 % in February and by 2.2 % in March.

Also, thermal power was partially replaced with nuclear power, so the share of nuclear plants in power generation jumped from 52 % in 2016 to 57 % in January-April.

However, Ukraine cannot continue to heavily rely on nuclear reactors, as it will be necessary to shut them down for scheduled maintenance later in the year.
Meanwhile, domestic power consumption is likely to grow, as the economy continues to expand.

To remedy this situation, Ukraine plans to increase coal imports, while adapting its TPPs to use lower-quality G-grade coal, which is extracted outside the occupied areas and can be easily imported, in place of anthracite.

The Ukrainian government does not want to increase coal imports from Russia on principle, because of the war, so Prime Minister Volodymyr Groysman suggested buying coal from as far as the United States, South Africa and Australia.
However, that might be prohibitively expensive, given the transportation costs involved.

However, there have been doubts about this supplier, showing the pitfalls Ukraine may encounter while looking for a replacement to Donbass anthracite.
Sakhnakhshiri faced only one competitor in the tender, a little-known firm registered in Poland but linked to a Ukrainian citizen, whose bid price was only $38 higher than Sakhnakhshiri's.

So there was little or no competition.
Furthermore, Georgia's former president Mikhail Saakashvili said on his Facebook page on April 27 that Sakhnakhshiri might end up buying coal for Ukraine in Russia, and he questioned the transparency of the deal.

Georgia, said Saakashvili, could not produce so much coal of the quality asked by Tsentrenergo.
Coal bought from Russia may turn out to be coal that was originally shipped to Russia by the DPR-LPR authorities.

Meanwhile, both the government and Akhmetov's DTEK, Ukraine's biggest private energy company, are working to convert their TPPs to G-grade coal.
DTEK CEO Maksym Tymchenko said in an interview that one of his firm's TPPs was currently being converted, and conversion of another plant was already planned.

DTEK also began to buy anthracite from South Africa.
Energy Minister Ihor Nasalyk told a recent government meeting that power units at 2 of Tsentrenergo's TPPs would use G-grade coal by the end of 2017.

Along with the construction of new power transmission lines from nuclear plants and new hydropower units, this should allow Ukraine to replace about 4 million tons of Donbass anthracite in power generation, Kyiv hopes.

Ukraine has learned to survive without natural gas purchases from Gazprom.
This year, it is learning to live without coal from the areas controlled «by Russia-backed militants».

This is vital for Ukraine's highly energy-dependent industry, which is expected to increase production this year, supporting GDP growth for the 2nd year in a row, after deep recession in 2014-2015.