5 years ago, the idea of OPEC and Russia working together on any oil and gas issue would have seemed absurd to any energy analyst worth his or her salt. 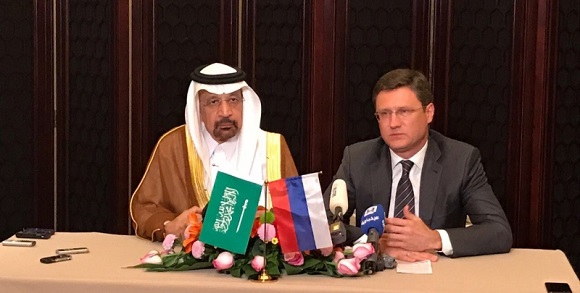 5 years ago, the idea of OPEC and Russia working together on any oil and gas issue would have seemed absurd to any energy analyst worth his or her salt. But the unusual market circumstances of the past 3 years have made this unlikely scenario a reality.

Now, Saudi Arabia, the de facto leader of the industry cartel, is venturing to deepen political ties with Russia directly, based on mutual interests over the Qatar blockade and rebalancing the supply side of the world's oil markets.

In a Saudi 1st, King Salman will visit Moscow next month, where he will announce the monarchy's support for de-escalation zones in Syria - a stance Riyadh previously despised.
The change in mindset is a direct reflection of Russia's easing of criticisms against the Saudi-led coalition's fight against Houthi rebels in Yemen.

Saudi Arabia now plans to strike a deal with Moscow to extend the 1.8-million barrels of oil per day of OPEC and NOPEC production cuts that began in January.
9 months in, that agreement failed to raise prices to their previous heights.

But the joint efforts effectively thawed relations between Russia and Saudi Arabia - the latter a key U.S. ally on geopolitical issues until the end of President Obama's term earlier this year.
The rise of President Donald Trump on the world stage has shaken alliances across continents.

His unpredictability in continuing or disposing of bilateral or multilateral partnerships is forcing other nations to take a hard look at their own diplomatic ties.
They ask: which country will we really be able to rely on when times get tough?

«It was a win-win situation for everyone and Saudi Arabia knew it will gain a lot from this U-turn,» a Saudi oil official told The Wall Street Journal.
The crown prince is trying to «hedge his bets by having new strong alliances in case the U.S. turns its back on Saudi again.»

The American entry in the oil and gas export game in December 2015 set the scene for Russia and Saudi Arabia to strengthen relations.
Until then, all U.S. oil was redirected to American refineries, which would process oil for American consumption.

The Arab oil embargo of the 1970s, carried out in retaliation for Washington's military support of Israel, left a sour taste in Congress' mouth, prompting the legislative body to ban all outward oil sales.

But the past 1.5 years have seen a rebound of American oil exports that has done much to negate the effects of OPEC's production cuts - OPEC cuts that Venezuela desperately needed.
Caracas' demise, which grows more and more likely by the day as state-run PDVSA struggles to make good on its debt in this low oil-price environment, would ultimately be in the best interest of the U.S.' anti-communism foreign policy agenda.

So the public- and private-sector incentives for American actors to work with either Russia or OPEC to lower supplies - which are slim anyway under an America-first objective - just don't exist at the moment. 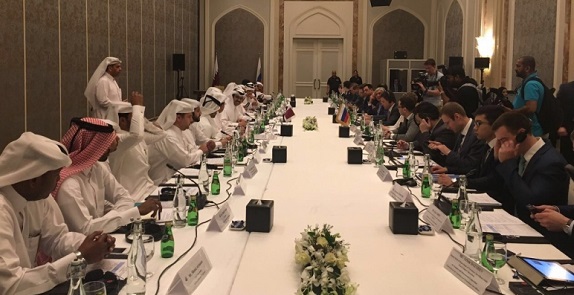 This is why Saudi is keen on establishing a joint energy investment fund with Moscow and importing natural gas from the Russian heartlands.
Though American production is actually higher than that of Russia and Saudi Arabia individually, OPEC and Russia combined can control half of global oil exports.

Unfortunately for OPEC, the KSA does not have total political control over the countries in the bloc, as demonstrated by Qatar's continued rebellion against Saudi's coercive foreign policy tactics.

So far, Russia's stance against Qatar, the world's largest LNG exporter, has been lukewarm.
Moscow is officially neutral on the issue, but ostracizing Doha further would be advantageous for Russia's natural gas industry.

So far, Qatar's energy ministry has boasted its timely shipments via an Omani port after being kicked out of its previous hub in the UAE.
But recruiting non-Arab and non-Muslim allies in the united front against Qatar's «sectarian» tendencies will add economic pressure on the small Gulf emirate.