The rise of Russia's Rosatom State Atomic Energy Corporation came about as a result of massive state centralization and unification. 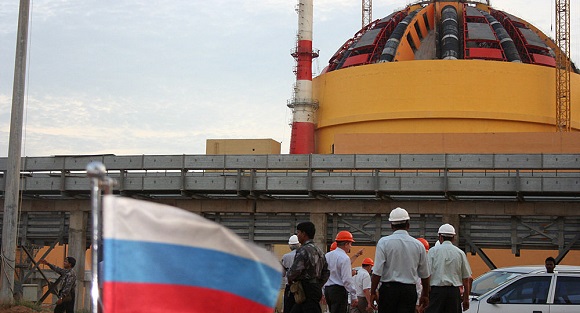 The nuclear sector is undergoing a massive transformation... Regions previously in the avant-garde of nuclear design and technology are losing interest on the back of a post-Fukushima scare, while new regions - with Asia and Africa in the forefront - set their sights on nuclear.

Yet Russia, a country with a long-standing nuclear tradition (63 years ago it was the 1st ever to generate electricity for a power grid at the Obninsk nuclear plant) is still keen to remain in the game.
Moscow wants to make use of its rivals' weakness and magnify its market share.

In contradiction to the tenets of mainstream economics, the rise of Russia's Rosatom came about as a result of massive state centralization and unification.

Ever since the creation of Rosatom in December 2007, under the aegis of which more than 350 business units were merged to form a single nuclear holding, the stagnation of the 1990s and early 2000s came to a halt.
Gradually clinching one deal after another, the water-parting line of Rosatom's international surge can be put down to 2014 when the company's international reactor-building portfolio grew from 19 to a massive 29.

Currently, roughly 60 nuclear reactors are being built all over the planet.
Of them, Rosatom is constructing more than 20 abroad, on top of the 7 that the Russian company currently erects at home.

It must be noted that most of the plants being constructed now are replacing older ones, yet this in itself is a sign of change, as most of Russia's RBMK nuclear portfolio was built in the 1970s and was bound to be decommissioned at some point of the previous decade.

Still, this is just a transitional assessment of the state of affairs in the nuclear industry where Russian preponderance in reactor sales and technical assistance will inevitably increase beyond the current 60 %, as the Russian government has decreed the construction of 8 new nuclear plants (11 reactors) by 2030, to be carried out concurrently with Rosatom's expansion on international markets.

The latest flurry of activity happened in Northeast Africa, where both Egypt and Sudan have signed up to the construction of Russian-designed and built reactors.

Only 2 years have passed since the Egyptian and Russian prime ministers concluded a deal on the construction of 4 nuclear units at the Dabaa site, and statements of high-ranking officials indicate the two sides might enhance their nuclear cooperation by agreeing on the construction of a second nuclear plant.

Russia's technological advances add to Rosatom's expansion plans. The company brought out 6 different types of reactors in the last 20 years, while Westinghouse, the American nuclear flagship, brought out only one during double that time.

Apart from pressurized water reactors, sodium- and lead-cooled fast reactors, Rosatom is also finishing off with the implementation of the world's 1st-ever floating nuclear power station, to be used along Russia's Arctic coast; the 1st will be brought online in late 2019, near the Chukchi Peninsula port of Pevek.

In order to understand the reasons behind Rosatom's growing stature, one has to look at the terms and conditions the new construction deals were consummated on.
In this, Rosatom is fully taking advantage of the fact that it remains the only nuclear company that can guarantee a full-cycle development of nuclear plants.

There's more to it, however, as Moscow's realization that it can generate hefty profit from a nuclear renaissance helped significantly to finalize the deals. 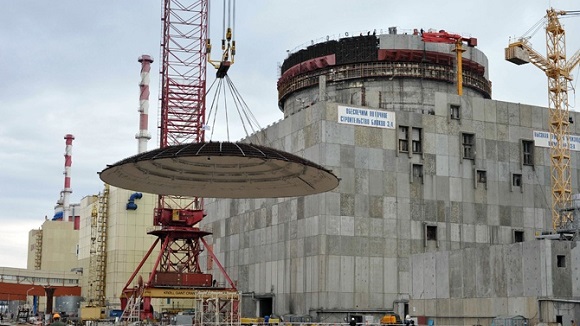 The main tenets of Rosatom's success are as follows:

1. Financial Flexibility and Backing
The financial backing of Rosatom's deals represents one of its main competitive advantages.
For instance, by granting Bangladesh an $11.38 billion loan, Russia pre-financed 90 % of the total costs to be incurred during the construction of the Rooppur nuclear plant.

Bangladesh will start repaying the debt in 2027, over a 20-year period, effectively 3 years into the plant's commission.
Since the credit terms are relatively mild (6-month LIBOR + 1.75 %), Dhaka was wise to not let go of such an opportunity.

Similar mechanisms were employed in Rosatom's Paks-II extension deal, where the Russian government granted Budapest a $10.8 billion credit, to be repaid only after the plant's commission, with a generous 4.5 % interest rate (to be raised to 4.8 % in the last 14 years).

Thus, the host countries are required to pay only when most risks have been already settled - a massive boon by any standards.
Vietnam ($8 billion credit) is another example, with Zambia, Sudan and Egypt likely to go down the same path.

2. All-encompassing «Package Deals»
Not only are Rosatom-offered deals financially advantageous, but they're also lucrative due to their all-encompassing nature.
Apart from its uranium production and enrichment activities, it also caters to the partners' NPP construction, engineering and power generation.

Moreover, it contractually obliges itself to take care of all nuclear waste.

With its Akkuyu nuclear plant in southern Turkey, Rosatom went even further, by clinching a build-own-operate model deal, under which Turkey would only pay a fixed $0.1235/KWh tariff adjusted to inflation for a duration of 15 years after the plant's commissioning (to be renegotiated afterwards).

Schemes by which host governments only pay for the electricity and take no stake in the nuclear plant itself will most likely be used even more extensively in Rosatom's African endeavors.

3. Weakness of Traditional Rivals
Rosatom's centralization helped the company to weather a tumultuous period when its traditional competitors Westinghouse and Areva both filed for bankruptcy, with the latter being sold to utility company EdF.

Asian competitors also face difficult situations. The Korean KEPCO will inevitably suffer a blowback from a nuclear phase-out in South Korea, with similar prospects troubling the Japanese Hitachi.
And Chinese nuclear companies are too reliant on Western or Russian technologies to pull off a market breakthrough.

This has caused considerable concern in American political strata, and Rosatom's tangible expansion will sooner or later face a U.S. sanctions response.
But it might be already too late at that point - with a $130 billion order book and the potential to raise it to $300 billion within the next few years, Rosatom is well positioned to withstand external pressure.