Under pressure from EU and U.S. sanctions, Russia is turning to South Asia for new customers to buy its natural gas.

Under pressure from European and U.S. economic sanctions, Russia is turning to South Asia for new customers to buy its natural gas. Projects include the construction of a pipeline to carry natural gas across Pakistan, and a plan to co-develop Siberian gas fields with India.

Pakistani Prime Minister Shahid Khaqan Abbasi is believed to have discussed the gas pipeline plan with Russian officials during a Shanghai Cooperation Organization heads of government meeting in Sochi, Russia, in early December. The pipeline talks have not been confirmed by the Pakistani foreign ministry, but it is understood that agreement was reached during a Russia-Pakistan bilateral meeting or the sidelines of the conference.

«Pakistan and Russia are set to ink agreements this week on laying an offshore gas pipeline and the North-South LNG pipeline,» the Express Tribune, a Pakistani newspaper, reported on December24.

The $2 billion «North-South pipeline,» which was agreed in outline in 2015, will run for 1,100km between the northeastern city of Lahore and Karachi, Pakistan's biggest city. Russian LNG imported through Karachi port will be delivered to power plants near Lahore.

To win the hearts of voters ahead of a general election in 2018, Pakistan's ruling party, the Pakistan Muslim League-Nawaz, is seeking to boost the country's electricity provision and reliability in response to chronic complaints about lack of power.

A quarter of Pakistan's 200 million people have no electricity, and blackouts remain frequent in electrified areas. Pakistan relies on gas thermal generation for 26% of its power, and many of its new power plants use gas generation, along with coal-based thermal and nuclear plant. 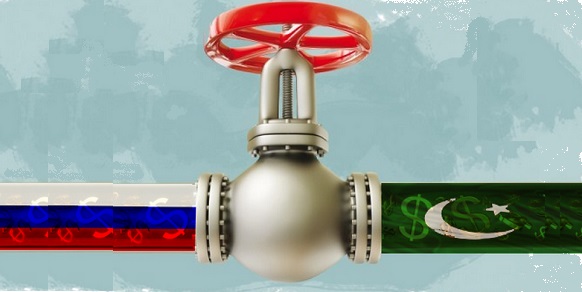 The project stalled when RT Global Resources, a Russian infrastructure company that is a subsidiary of Rostec, a Russian defense and technology corporation, was hit by U.S. and EU sanctions. The sanctions were aimed at Sergei Chemezov, Rostec's CEO, following Russia's military involvement in the Ukraine conflict. Chemezov is a former KGB officer and a close ally of Russian President Vladimir Putin.

However, the project has now secured financing from China's Silk Road Fund, clearing the way for construction. The pipeline's capacity of 1.2 billion cubic meters a day is expected to significantly boost Russia's natural gas sales.

Russia's sales efforts in South Asia also include a project to build an offshore pipeline linking Pakistan with an Iranian gas field where it holds concessions. The offshore pipeline could also be extended eastward to India.

According to Tass, Gazprom and the National Iranian Oil Company have «signed a roadmap on implementation of projects in Iran and a memorandum of understanding and cooperation on an LNG project in the country.»

The project, still at an early stage and awaiting a conceptual study, would allow as much as 21 million tons of LNG to be transported annually when its 2nd phase is completed.

Speaking to leaders of Russia's Federal Assembly on December 25, Putin said that Russia has also been «invited» to participate in another pipeline project linking Central Asia and South Asia.

«Today I spoke with the President of Turkmenistan [Gurbanguly Berdimuhamedov] and he reminded me of his plans to build a pipeline system that will run through the territory of Afghanistan further to its neighbors, Pakistan and India,» Putin said. He added: «He [Berdimuhamedov] is inviting us to participate in the construction.»

Afghan problem
The 1,800km pipeline, widely known as TAPI, would link Turkmenistan, Afghanistan, Pakistan and India, and is designed to carry 33 billion cubic meters of natural gas a year. However, it is not known what form Russia's involvement will take. 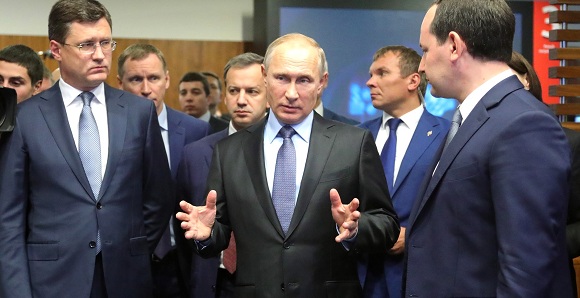 In spite of his willingness to consider all options for the sale and distribution of Russian gas Putin has been cautious about TAPI because it would pass through Afghanistan, where extrremist insurgents are regaining strength. He has said: «We need to see how possible it will be to implement projects of this kind.»

In Siberia, a joint project between Indian and Russian companies is underway at oil and gas fields in Vankor and Taas-Yuryakh. Vijay Gokhale, economic relations secretary in India's foreign ministry, described the project as symbolic of cooperation between the 2 countries.

«Our joint efforts to study the possibilities of building a pipeline from Russia to India as a commercial venture is another indication,» he said.

According to the IEA, India's primary energy demand is expected to grow by just over 1 billion tons of oil equivalent from 2016 to 2040, representing 30% of the total global growth estimated over the same period.

Russia's renewed efforts to woo buyers follow a sharp fall in its resource exports. According to the United Nations trade statistics database Comtrade, Russia's mineral fuel exports started to drop significantly in 2015, a year after its annexation of Crimea from Ukraine. Coupled with the negative impact of a sharp fall in energy prices, the value of exports fell from $346 billion in 2014 to $216 billion in 2015, and then to $134 billion in 2016.

Resource exports represented 17% of Russia's nominal gross domestic product in 2014. As exports fell, GDP shrank in both 2015 and 2016. Exports to Europe and Turkey have since increased, driving a slight overall recovery, but Moscow wants to diversify export destinations to avoid too much reliance on European demand. 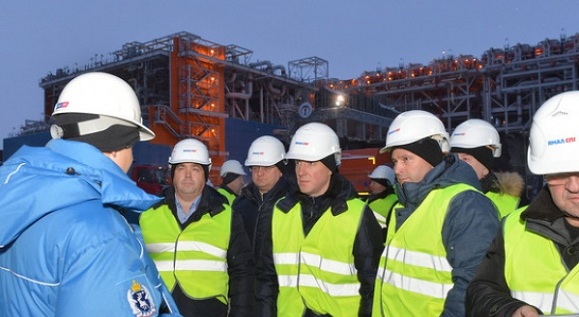 Asia is a key target for export expansion efforts. The Yamal LNG project in Sabetta, in Russia's Yamal Peninsula, is expected to produce 16.5 million tons of gas a year in full operation. Of the portion of this production allotted to long-term supply contracts, 54% will go to Asia and the rest to Europe.

The ratio allotted to Asia is high compared with recent sales: 20% of Russia's natural gas exports went to the region in 2015 and 22% in 2016, mainly to Japan, China and South Korea, while 68% and 59% of exports in the respective years went to Europe.

The 1st shipment from Yamal LNG is reported to have been transported from the Northern Sea through the Bering Strait to China. The route is also being considered by India and Russia for gas produced from the Vankor and Taas-Yuryakh fields.