Westinghouse will extend nuclear fuel deliveries to 7 of Ukraine's 15 nuclear power units to 2021-2025.

According to The Jamestown Foundation, Westinghouse will extend nuclear fuel deliveries to 7 of Ukraine's 15 nuclear power units to 2021-2025, in line with a contract signed between this firm and Ukraine's state-owned nuclear power company Energoatom.

Deliveries to Ukraine under the new deal are to begin immediately after the current contract expires in 2020. Moreover, fuel components for local NPP will be produced not only in the U.S., but also in Ukraine, with assembly to be made at a Westinghouse facility in Sweden.

Energoatom President Yury Nedashkovsky said his company is the world's only operator of the Soviet-designed VVER-1000 reactors to have fully diversified its sources of fuel supply.

Westinghouse started nuclear fuel deliveries to Ukraine in 2005, 1st to only 1 reactor at Yuzhnoukrainsk NPP. The share of Russia's TVEL, which used to be the monopoly nuclear fuel supplier to Ukraine, has been gradually shrinking.

The war waged by Russia against Ukraine since 2014 prompted Kyiv to more rapidly diversify its energy sources, notably natural gas and nuclear fuel, away from Russian suppliers. Kyiv has not been buying gas from Russia since 2015 and it expects that the share of nuclear fuel supplied by Westinghouse will grow further to 55 % this year, from the 50 % reached last year.

Meanwhile, the share of NPPs in Ukraine's power generation grew to 55.1 % last year, from 52.3 % in 2016, at the expense of thermal power plants (TPP), which have been short of coal because of the war and the blockade imposed by Kyiv on the areas in the eastern coal region of Donbas, controlled by Moscow-backed proxies since 2014. For comparison, the share of nuclear power before the war, in 2013, equaled 43.1 %.

The share of NPPs may decline in the future, as the role of renewables in Ukraine's energy basket is set to grow. For the time being, however, Kyiv is increasing the lifespan of Ukrainian NPPs; and the construction of 2 more nuclear power units should be completed in the medium term. 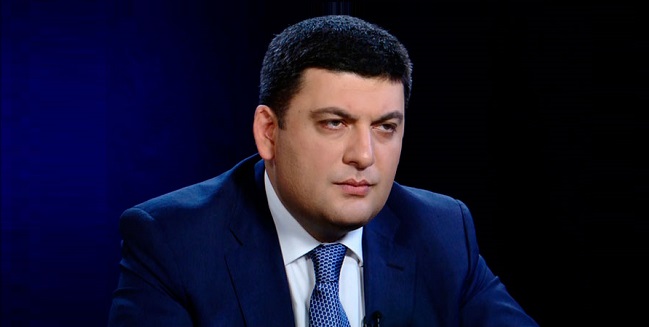 Energoatom extended the lifespan of 2 nuclear power units last year, and similar decisions are likely to be taken on 2 more reactors in 2018. Last October, Ukrainian Prime Minister Volodymyr Groysman announced that the construction of power units № 3 and № 4 at the Khmelnytsky NPP would be resumed in 2021.

In order to raise funds, Kyiv approved the project Energy Bridge Ukraine-European Union, which provides for extending a transmission line linking power unit No. 2 at Khmelnytsky to Poland, in order to export more power to the EU.

Meanwhile, because of the Donbas blockade, Ukraine's coal production plunged 15 % to 35 million tons last year. This prompted Kyiv to boost coal imports, ironically mainly from Russia, but also from the U.S., South Africa and Australia. 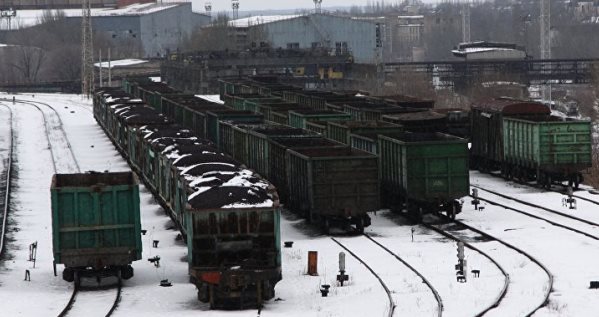 As Moscow has not relinquished its hold on Donbas, Kyiv is determined to continue the blockade, which prompted the owners of domestic TPPs burning anthracite coal - the state-controlled Centerenergo and the private firm DTEK - to start converting their plants to use alternative and cheaper G-grade coal.

Meanwhile, anthracite consumption by Ukrainian TPPs almost halved in 2017. Ukraine is going to stop using anthracite altogether from 2019, so the share of thermal power in domestic electricity generation is likely to decline further, from the current 30 % or so.

Ukraine lags behind the rest of Europe in the development of unconventional energy sources (wind, solar, biomass). They accounted for only 1.2 % of national power production in 2017. Such a small share is partly due to losing solar power capacities in sunny Crimea, which Russia annexed in 4 years ago.

Nevertheless, Kyiv has set the ambitious goal of increasing the share of renewable energy to 25 % by 2035, hoping to attract foreign investors, in line with the recently updated Energy Strategy of the energy ministry. Kyiv pins its hopes on the 2,600-square-kilometer Chernobyl exclusion zone.

The Ukrainian National Academy of Sciences and the German Heinrich Boell foundation have calculated that the share of wind power in total generation may grow to 45 % in Ukraine by 2050, and the total share of renewable energy may even exceed 90 %.

Ukraine has made great strides away from energy dependence on Russia over the last 5-7 years. Ironically, it was prompted to do so by Russia itself, as a result of the unjust gas contract from 2009, Moscow's threats to punish Ukraine for preparing a free trade deal with the EU in 2012-2013, and due to the annexation of Crimea and war in the Donbas, which has raged on since 2014. Diversification will thus continue to drive Kyiv's energy strategy for years and decades to come.