How the Kremlin will resolve Russian economic structural problems

Russia in 2010, after having to deal these last two years with a dramatic decline of its economy, can see the future with more optimism.

Russia in 2010, after having to deal these last two years with a dramatic decline of its economy, can see the future with more optimism. When the country was hit by the international crisis in September 2008, the effects on its economy were deeper than most of the others industrial countries. The main reasons were linked to a strong dependency to oil prices, massive borrowing exposition of many Russian companies in international capital markets and the deep Ruble depreciation which increased the foreign debts burden of many Russian businesses. As a result, the Russian economy contracted more than 9% in 2009. However, the Russian government reacted quickly with a $90 billion stimulus package plan launched in July 2009. More than $42 billion was invested to support financial system and social programs. The budget deficit was planned to reach 7.4% of the GDP and increased to 7.9% by the end of 2009. This massive stimulus plan to the Russian economy was mainly possible because of the gigantic amounts of money accumulated during the past years through the National Welfare Fund, which represents more than $89 billion in April 2010.

The consequences of these measures associate to the return of the growth in many areas in the world, especially in Asia, have brought the economy back on the track. The Russian recovery has appeared at the end of the year 2009 with a positive GDP growth of 1.2% in the last 2009 quarter. Despite having a negative State budget reaching 5.9% of the GDP in 2009, this one should be stabilized between 3.1% to 4% in 2010 and the Federal budget deficit should be reduced to 3% of the GDP by 2012. In fact, all the main economic indicators have turned to green for Russia since the beginning of the year: the country has good economic fundamentals, main economic partners such as the European Union and the USA have almost recovered, Chinese economy faces a new economic boom and oil and gas prices have strongly increased. Nevertheless, does it mean that Russia can move further without any reforms and just following its export turned economic policy which was the base of its last decade economic success? The answer is no. High oil prices gave the illusion that everything was working well. But now, the crisis should be seen as the perfect opportunity to highlight the main structural economic problems which, in a dull silence, handicap more and more every day the Russian economy since almost two decades. We can underline four major structural problems which need to be urgently solved. Following their presentations we will highlight what the government has already done and what it plans to do to solve them.

The Soviet heritage and the commodities export oriented economy 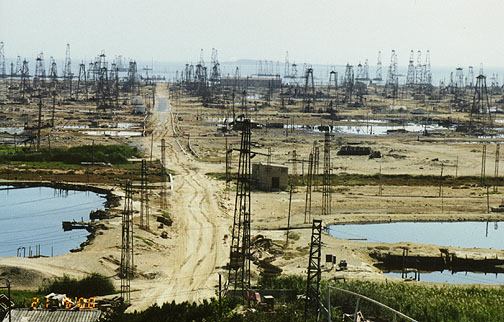 As Dimitry Medvedev said during its 2010 annual State of Nation speech, “The Nation’s prestige and prosperity cannot be upheld forever by the achievements of the past”. Soviet model doesn’t work anymore and Russian economy can not base its long term development only on nuclear arsenal, space rocket technologies, oil and gas production and industrial infrastructures. All these elements were made by soviet specialists and, since then, no significant improvements were made. This is true, as well as Russian companies took the habits to sell goods made in other countries because Russian products competitiveness remains low. The Kremlin, under the impulsion of President Medvedev's “Go Russia” modernization programme, wants to bring major reforms in Russian economy structures. Russia needs now to focus on new technologies, modern ideas and innovation. First of all, the actual oil exported economic model should be changed. This one brings the country's economy in a humiliating situation of dependency on oil prices and world demand as well as it gave a fake illusion of prosperity which prevents any major reforms of the actual system.

Accordingly to these facts, the government wants to accomplish major innovation and modernization reforms in various sectors such as agriculture, pharmaceuticals and nuclear energy. It also becomes necessary to support the emergence of a economic fabric, which should not only be based on industrial giant companies, but also on small and medium businesses. Concrete measures have already been taken in this field as Prime Minister Putin announced in March 2010 a $441 million plan to support small businesses. Furthermore, special incentives will be launched to support high-tech companies through government special loans and support to high-tech exports products. Another example of the Kremlin’s strong determination to let the Russian economy taking the way of innovation and technology is its strong support it gives to the development of the “Russian Silicon Valley” in the city of Skolkovo. It will be only with such strong and new structural reforms that the Russian economy will be able to have a robust economic growth model and a stable macro economic framework. 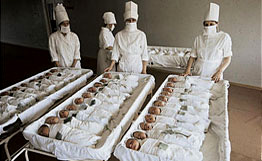 In 2009, Russia saw its first annual population increase since 15 years (between 15000 and 25000 people) to reach 141.9 million. Much of this growth is due to the falling death rate and an increasing migration. This is a very good news for the Kremlin because to build a long term sustainable economy a country needs good educated, young and healthy labor working force. Furthermore, Russian rising birth rate rose from 8.7 births per 1000 people in 2000 to 10.4 in 2004 which is almost comparable to other industrial countries like the USA which has in 2009 a birth rate of 13.8 per 1000. However, these optimistic results are only one side of the equation as the Russian death rate stays extremely high comparing to other countries with 14.2 per 1000 citizens when country like USA has a rate in 2009 of 8.4 per 1000. These catastrophic results are mainly seen as consequences of alcoholism, poor healthcare, poverty and more specifically as a consequence of Russian men’s bad lifestyle. They actually may expect to live to 59 when Russian women, by contrast, usually live to 74 years.

In 2006, during Putin's presidency, public policies were adopted to stem population decline with a national programme. Since 4 years now, the State strongly encourages Russian women to have more babies with initiatives such as free of charge maternity hospitals, special vitamins treatments for pregnant women as well as incentives for companies to keep women’s job open for them when they go in maternity leave. The main goal of all these State policies is to reverse the demographic trend by 2020 and stabilize the population by 138-139 million. By 2025, this one should increase again to its present day status of 143-145 million with an average life expectancy of 75 years. Nevertheless, despite all these measures it looks like it will be very difficult for the government to change men’s unhealthy habits. The only long term way to fight the demographic deficit problem in Russia efficiently is to ensure to the Russian citizens social and economic stability.

State presence in the economy 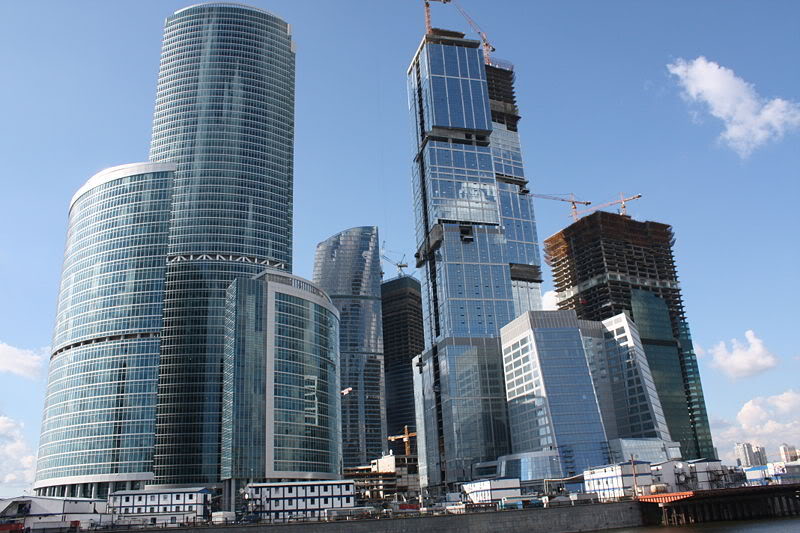 The last essential element that should be changed in the Russian economic structure is related to the strong State presence in the economy via seven gigantic public companies which appeared under Putin's presidency. These enterprises include many private and public companies in various fields such as atomic energy (Rosatom), nanotechnology (Rosnano) or finance (Vnechekonobank or VEB). For Dimitry Medvedev these giant state corporations had no future and should be audited, dismantled and privatized. They probably had a role to play in the country's economic history, especially in the beginning of the years 2000, bringing back economic stability and State power. However, now it seems they bring more problems to the economy than they help it and need to be privatized. The main problem of these big structures is linked with the fact that there is no clear limit between private and public sector, especially for this last one which has close relations with the administration. The consequences are that many politicians as well as senior officials have a very important role in these companies which bring lots of conflicts of interests, corruption and high costs. This confusion of roles affects business climate and discourages private incentives. The government, since last summer, has already launched audits to clarify these opaque structures and 22 prosecutions have already been instituted against various companies of these conglomerates for misspending public money.

Thus, the Kremlin tries to reform the actual system by improving transparency in public companies and wants to ensure a clear separation between private and public professional activities in order to avoid any conflict of interests. It is also on its schedule to relaunch privatization and reduce the list of strategic companies to give more opportunities to the private investors to participate and contribute to increase the national productivity and efficiency of the economy. On this perspective, the government asked to them, in the beginning of 2010, which State assets they would be interested to invest in. The most attractive fields seem to be financial and energy companies. As an example, arrival of new private investors in the oil and gas sector may allow the development of new oil and gas fields. Infrastructure domain should be concerned, too, with the possible partial privatization of companies such as Sovkomflot or the Russian Railways. For 2010, the government has planned to earn more than $600 million with its current privatization plan.

In conclusion, we can emphasize the strong will the government has to fight against the fundamental structural problems of the Russian economy. Concrete reforms start to be made, the situation in many domains has already started to be improved but it should never be forgotten that still a lot needs to be done. However, these reforms were needed for the country's prosperity since years and finally actions were taken to consolidate the fast growing Russian economy in a stronger, long term and more sustainable development.