Russia and the World Trade Organization: a complex relationship

After the collapse of the USSR in 1991, the Russian Federation adopted, through what it was called the “shock therapy”, the market economy and the capitalism system. 4 years later, as a consequence of an always more globalized economy, the former trade agreement called GATT (general agreement on tariffs and trade) was replaced by a new entity: the world trade organization (WTO).

After the collapse of the USSR in 1991, the Russian Federation adopted, through what it was called the “shock therapy”, the market economy and the capitalism system. 4 years later, as a consequence of an always more globalized economy, the former trade agreement called GATT (general agreement on tariffs and trade) was replaced by a new entity: the world trade organization (WTO). The mission of this new organization was to facilitate the activities of its goods producers, exporters and importers members via the reduction of trade barriers. Directly, most of the developed countries were members and today 96% of the countries in the world have joined the WTO, including big fast growing economies like China, Brazil and India. Russia applied for membership in 1993 and is actually the latest big economy which has not yet joined the organization. Why, 17 years after the first negotiations with the WTO, is Russia still not one of its members? What would be the benefits and disadvantages for the country’s economy of joining this institution and how does Russia plan to manage this accession in parallel of the creation of a local Customs Union with Kazakhstan and Belarus?

During the 90s, Russia no more had trade regime, tariff schedules had been abolished and the economy was in a state of upheaval. Things changed when Vladimir Putin arrived in the presidency in 2000. The WTO membership question was one of the priorities of the new government. However, the Kremlin had to fight against a strong opposition supported by various business circles among which the agricultural sector was the most vindictive. As a result, opponents were mobilized more quickly and effectively than the supporters of the WTO accession and, instead of bringing more openness, strong protectionism policies resulted from the debate. In parallel, the USA, as well as the European Union, don’t facilitate the discussions. They are constantly asking for new conditions and legislations, especially regarding the question of Russian wood exportation taxes, domestic energy prices, tariff lines on automobiles, financial sector, agricultural and aircraft industries. Thereby, all these internal and external elements have been interfering with the Russian membership process to join the WTO.

Fears and risks of the adhesion for the Russian economy 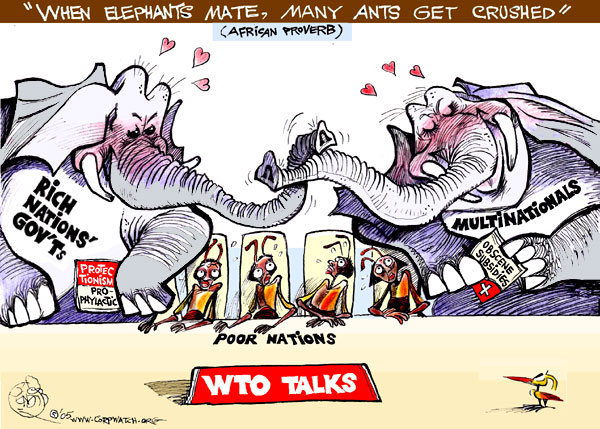 Some Russian businessmen, supported by politicians, believe that the WTO accession would irresistibly increase unemployment. The worst negative projections announce that more than one third of Russian citizens will lose their jobs. Of course, it is true that many regional economies, as well as local government budgets along Russia, largely depend on one industry or, even in some cases, only one company. According to these not so optimistically predictions, only 10 percent of the actual Russian firms would be able to survive in case of market liberalization. In fact, many other studies show that no substantial unemployment rise will result from a WTO accession. It will even have, in long term, positive effects on the employment rate. However, the arrival of foreign products and companies on Russian markets will affect the less competitive sectors of the economy such as the old soviet industries. Those which will survive will learn to restructure more quickly and efficiently and will make better use of technology and management strategies. As an example, imported goods will increase the competition on the national market and will force local producers to improve the quality of their products.

The only real problem is linked with the question of the domestic energy sector. Constant requests are coming from the USA and the European Union to raise prices on Russian local market. The energy is sold 0.013 $ USD megawatt/hour when the Europeans buy it at the average price of 20$ USD. The problem is the same concerning the gas. When one cubic meter is sold 21 $ on domestic market, this one is sold between 90 to 105 $ USD on international market. So, the main industrial countries, which are lead by the USA, want a quick and strong rise of the energy prices in Russia. They are arguing that Russian companies’ benefit of this subsidizes low energy prices to keep economic competitive advantages, especially in the fertilizers and aluminum industry. The European Union had offered a gradual rise of the energy prices deal but the proposal was rejected by the Kremlin. Since then, the Russian government announced it would keep its subventions to the energy sector because, in any case, they are not prohibited by the WTO.

Advantages of a WTO membership

Joining the WTO is a unique opportunity for Russia to improve its economy level. First, with more than 50% of it exportations destined to the European Union, the country needs to adapt its standards to the European ones. As a consequence, the adhesion will push the authorities to accomplish many reforms that would normally not be achieved so quickly. These reforms represent a huge occasion to reduce the dependency of Russia on its oil and gas exportation sector, as well as it is a good opportunity to revitalize its industry. By joining the WTO, reforms will be better made to ensure to foreign investors their investments in the country will be secure and protected by a similar legislation they can find in the other developed countries. Thus, the liberalization of barriers to foreign investments as well as the access for various sectors of the Russian economy such as telecommunications, banking, insurance and transportation to multinational service providers, will lower the costs of doing business and lead to productivity gains. As a result, Russian consumers will benefit from lower prices and better quality services and products. However, it is obvious that some economic sectors will be hit if Russia joins the WTO. The one which will be the most affected is the actual protected manufacturing sector that exports a little such as food industry, light industry, construction material, machinery and equipment. However, most of the other sectors will experience a great expansion in employment such as non-ferrous and ferrous metals and chemicals. These industries are mainly export-oriented and will be the first to gain benefit of the adhesion.

Regarding the question of tariff barriers, Russian exporters will also benefit from a better access to world markets, especially in Western Europe and North America. Tariff reduction will give the opportunity to many Russian companies to import products that contain new and diverse technologies that will bring new productivity gains. At last, even the government revenue will increase as a result of a WTO accession. Despite the loss of tariff revenue (about 0.7 of the GDP), the economy is estimated to expand, and other indirect taxes, such as VAT, will more than compensate the government for the loss of tariff revenue. Nevertheless, is it clear that a transition period will be needed before all these positive effects start to give results.

The question of the Customs Union 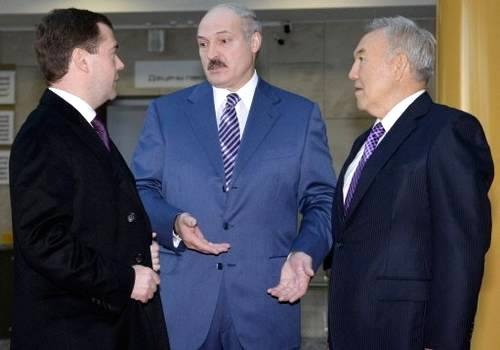 With its membership suspended for years now, Russia began, since few years, the project of a regional customs union with two close economic partners, Belarus and the Republic of Kazakhstan. These two countries are also not members of the WTO. So, under the impulsion of Russia, the Russian Prime Minster Vladimir Putin announced in June 2009 a unique membership application for this common customs space. However, before any talks with the WTO, the member of this customs union should first concretely create this one. The official date of its creation was fixed on January 1st 2010 and formally came into existence on the above mentioned date. Despite this fact, the organization is still unable to work because of various disagreements between Belarus and Russia.

The main areas of contention are the import of foreign cars and aircraft into the Union's customs territory and export duties on Russian oil and petroleum products to Belarus. This new commercial conflict between the two countries has to be solved before the first of July, which is the last deadline of the official beginning of this union. The situation is fair to be clear before the three countries finally solve their disagreements. For the moment, the question of a WTO adhesion through the Customs Union is the last of their worries for them.

The Kremlin political opportunity of a WTO adhesion

As we have already discussed, any future member of the WTO needs to introduce some reforms to its economy. Today, Russian President Dimitry Medvedev is trying to modernize the economy of the country via various measures from technologies incentives to privatization of big state conglomerates. However, such kinds of reforms also produce winners and losers. The question President Medvedev should think about is how to use a WTO adhesion in the global context of the economic reforms he impulsed through his modernization program “Go Russia”. Opponents to the WTO are scared to see unemployment rising because of the economic reforms but these ones are necessary to modernize the Russian economy. If reforms are made through the WTO accession the people affected by them will, in the long term, benefit from the creation of new jobs as a consequence of the new economic dynamism introduced by the liberalization of the economy. 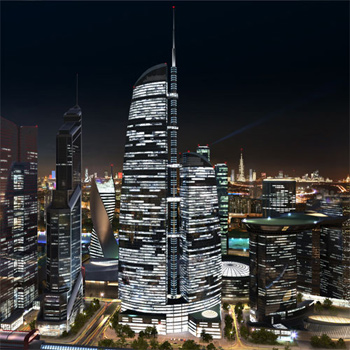 Concerning the Kremlin, it should follow the way used by European leaders to introduce the UE reforms in their countries. When European governments have to introduce unpopular reforms, they usually use the apology of the European Union which “forces” them to adopt these new reforms. The actual Russian government has a unique opportunity to adopt difficult but necessary economic reforms under the name of the WTO. Thus, they can put out their responsibilities and don’t face strong citizens anger and opposition because they can use the pretext of the World Trade Organization. In conclusion, if the reforms are adopted, unemployment will be certainly limited by the creation of new work places due to the economic dynamism created by the arrival of foreign investments. And, for the government, it will be a good way to be protected from the dissatisfaction following the adoption of difficult measures in some economic sectors before the establishment of a modern and strong economy fully integrated in the world economy.