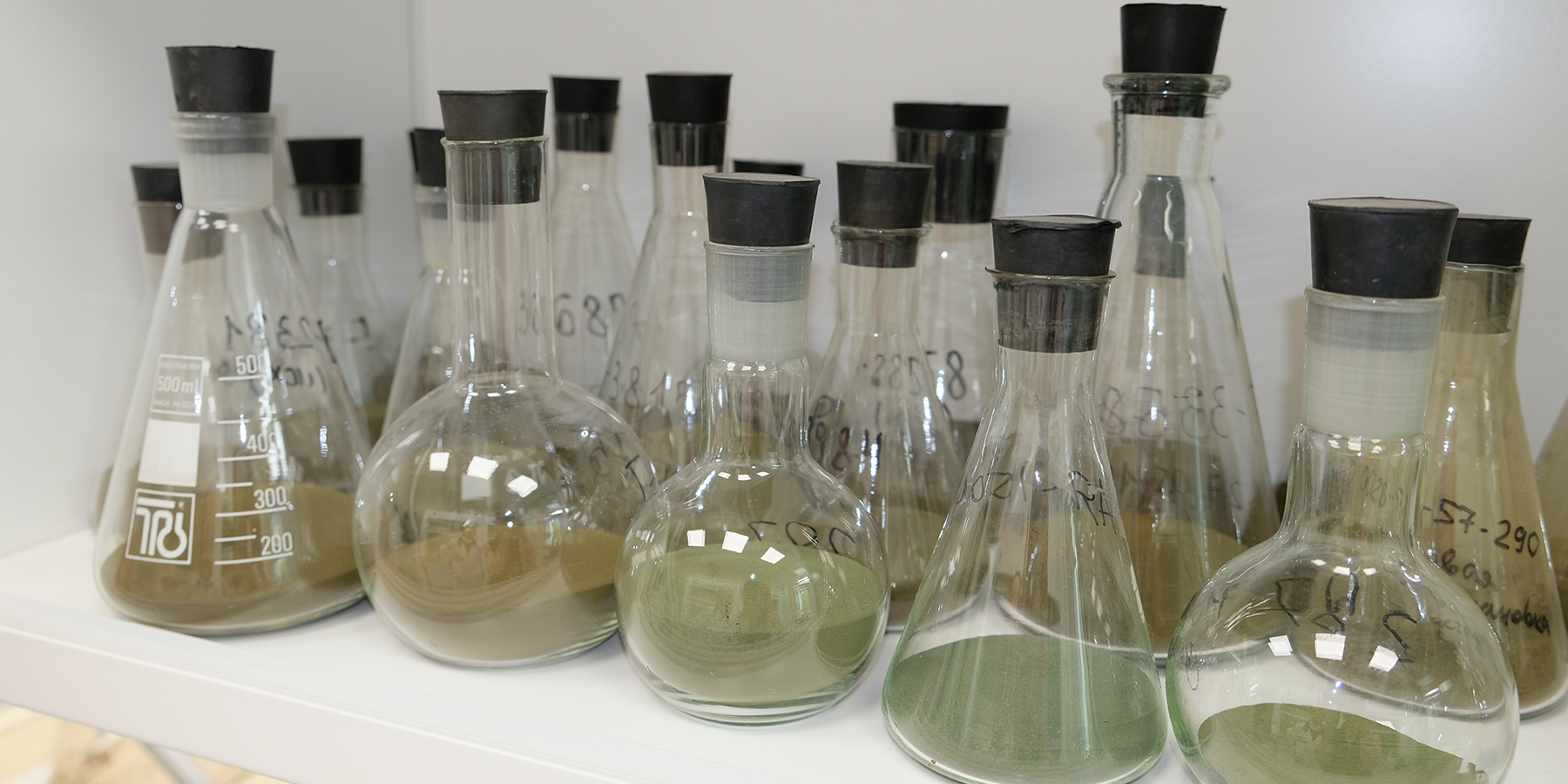 Why do you need to know the exact size of the granules?

Controlling the size of resulted pellets is essential in production of powder miscrospherical catalysts, specifically for fluidized bed catalysts. Particle size distribution has a significant effect on the hydrodynamics of a fluidized bed in the reactor. The size of catalyst particles is related to the gas linear velocities, which, in turn, are largely conditioned by geometry of the reactor.

Stability of suspension modes of the fluidized bed in the reactors is also influenced by homogeneity of catalyst particles. Monodisperse catalysts are preferable in this respect than polydisperse ones. Limits of suspended bed existing for monodisperse spherical catalyst particles correspond to linear velocity increase from starting suspension velocity before the entrainment by 10-15 times. Therefore, at normal operating velocity, only the catalyst attrition dust is entrained from the bed. During suspension of the polydisperse catalyst the suspension velocity for large particles is much higher than for the smallest ones, and loss of fine-grained part of catalyst is inevitable.

Catalysts with PSD corresponding to the required gas linear velocities will be the most efficient for isobutane fluidized bed dehydrogenation, both from the point of view of the bed hydrodynamics and the dehydrogenation kinetics. Above PSD is determined on the basis of custom-designed dehydrogenation units (open space of grids, amount of the feedstock, reactor diameter etc.).

Optimizing particle size prevents the carry-over of too small catalyst particles with reaction stream, and also large particles which are not effective for circulation in dehydrogenation section shall be removed.

Thus, the continuous-flow analysis of PSD is a very important factor, the quality of which is "tightly" controlled at different stages of production of the catalyst for dehydrogenation of isobutane to isobutylene in the fluidized bed. The quality of АОК-73-24Т catalyst for dehydrogenation of isobutane to isobutylene remains unchanged from batch to batch as for PSD and physicochemical and catalytic properties. In 2018, АОК-73-24Т catalyst became the award winner of all-Russian competition 100 Best Goods of Russia.

In recent years, the laser diffraction method has become the routine method for analyzing PSD of powders, suspensions, emulsions and other materials consisting of finest particles, both in laboratory and production environment. Above method has a number of advantages including easy and rapid measurements, high reproducibility of the results and wide dynamic range of analyzed sizes: from nanometers to millimeters. The method is based on measuring the angular dependence of the scattered light intensity as the laser beam passes through a dispersed sample. Large particles scatter the light at slight angles to the laser beam, whereas small particles scatter the light at large angles (Fig.1). 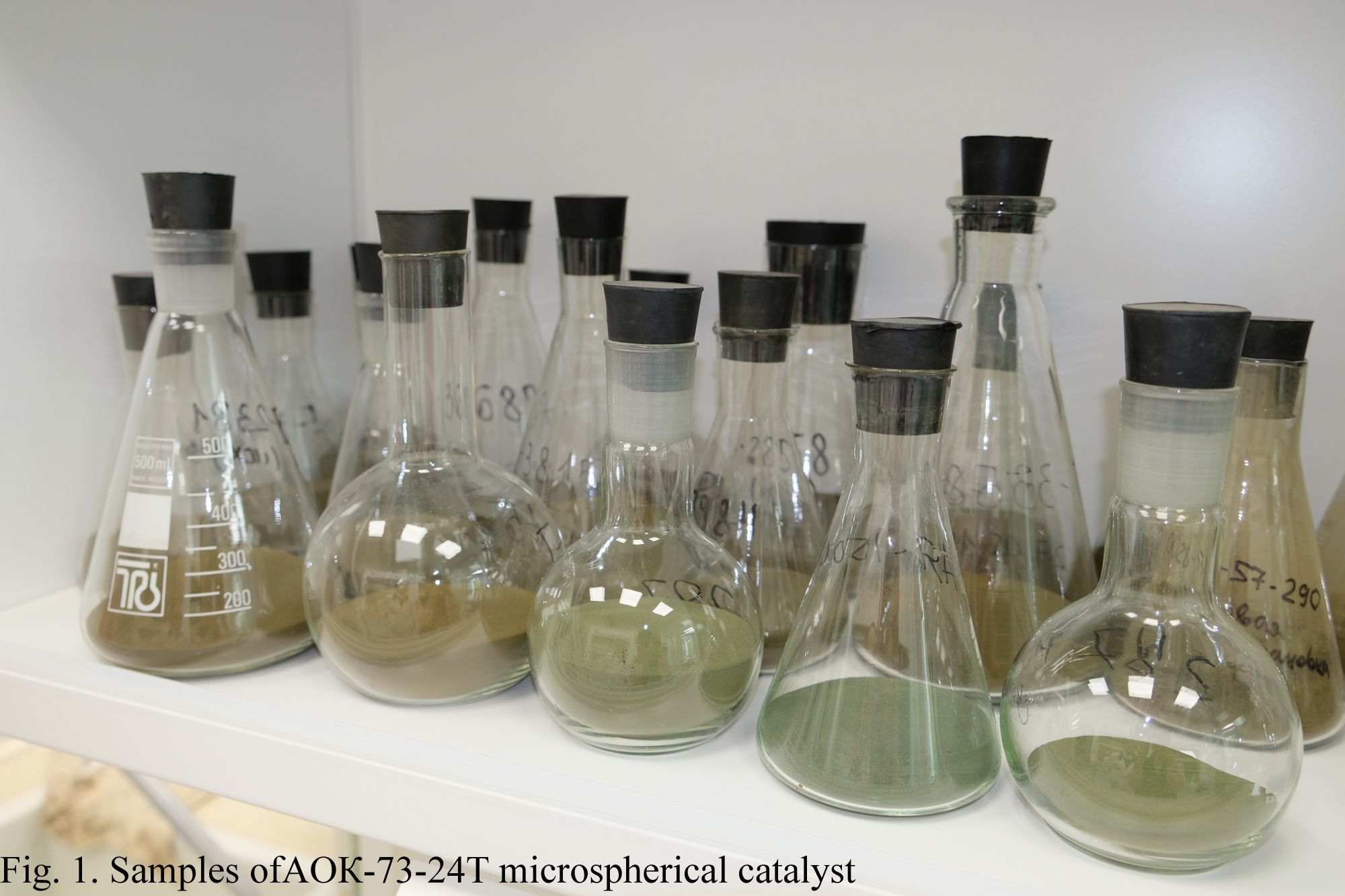 Katalizator JSC uses the equipment from Malvern Panalytical Ltd (UK), one of the leading manufacturers in this field, for analyzing PSD. The Analytical Department of the Company has as at its disposal Mastersizer 2000 and the latest generation version Mastersizer 3000 laser diffraction particle size analyzer, which provides high-speed performance and advanced software capability.

Mastersizer is a comprehensive instrument intended for rapid and precise PSD analysis. Compact footprint (Fig. 3-4) combines exceptional performance and capabilities, easy and high accuracy of analysis, measuring over the widest particle size range: for dry dispersion – 100 nanometer to 3.5 mm, for wet dispersion –10 nm to 2.1 mm. High reliability of the results is ensured by analyzing a large number of particles in each measurement and maximum automation of the operator-independent process. Mastersizer instruments also deliver rapid and effective wet dispersion, particle size measurement of fragile and cohesive dry powders. 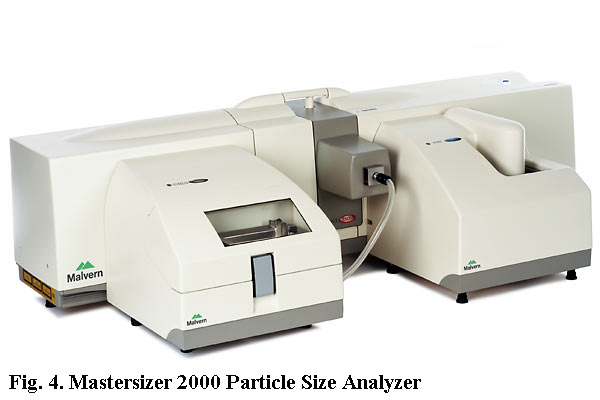