Peter Ward finds that the Middle East's upstream pumps sector is renewing its focus on efficiency. 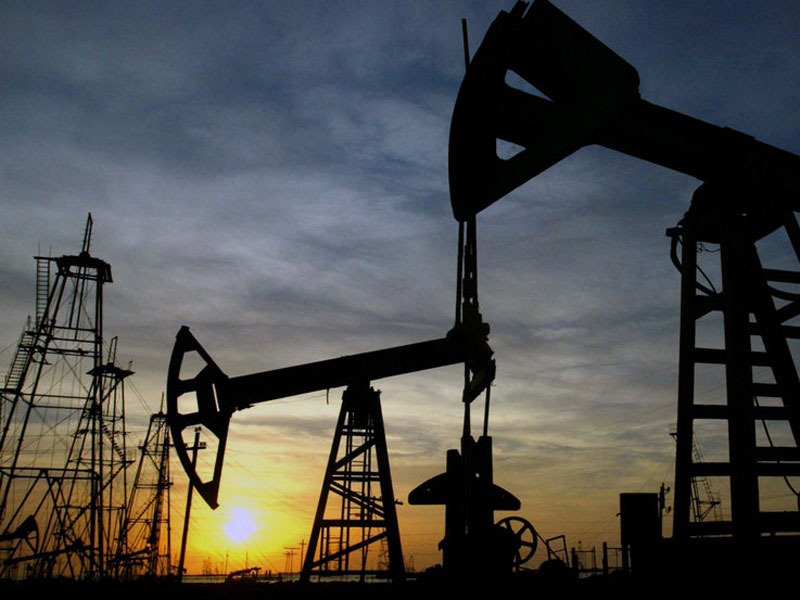 Peter Ward finds that the Middle East's upstream pumps sector is renewing its focus on efficiency.

Recent research has suggested that the European market for oil and gas pumps is being driven by a need for efficiency, largely due to new EU policies. But does this trend also apply to the Middle East?

A study by Frost & Sullivan revealed the main drivers of pumps sales in Europe, and linked this directly to EU law changes.

"The EU policy of using energy efficient motors and drives is expected to boost the demand for pumps in the oil and gas industry," says Frost & Sullivan programme manager Ashwin Annareddy.

Pump manufacturers can back this up with evidence of changing client behaviours. "Let's take one of our major clients - Transneft, the Russian oil pipelines operator.

Nowadays all pipelines are engineered with the inclusion of variable frequency drives, to ensure substantial power consumption economy, whereas five years ago pressure regulators have been a commonplace," explains Igor Tverdohleb, R&D director at HMS Group.

"Transneft has dramatically raised their requirements for pumps (to get certain performance level) and our engineers have to make extra efforts to beat expectations with extensive use of advanced CFD methods, simulation, field tests, and the like" he adds.

The Middle East's oil and gas sector has recovered well from the economic troubles which affected business across the globe, with national oil companies spying their chance in a soft market to kick start a new round of capex. Like most other sectors, this has placed greater emphasis on efficiency in order to ensure financial prudence.

The pumps sector is split into two main categories according to Marc DeSilva, director for the Oil and Gas market at ITT Corporation. "One is new projects, the big very capital intensive; either development of an oil field or the building of a brand new refinery in Saudi."

"Then the other side is the day to day operating of your pumps, debottlenecking here, maintenance issues, kind of small expansions so there's kind of a smaller side as well. In both cases we currently find the oil and gas market very active for pumps right now," DeSilva states.

He adds that in the Middle East in particular, the new projects side of the business is doing better out of the two. The oil and gas market represents the largest part of ITT's pumps business, and is estimated by DeSilva to be around 30% of the company's total business.

Other pump manufacturers report business to be in good health as well, and acknowledge the importance of the efficiency of their products. "Performance matters, albeit not as critically important as with pumps for water and utilities, reliability prevails," says Tverdohleb.

"Recently, oil and gas companies have started using modern control methods and variable-frequency drives with frequency converters and so on, to significantly cut power consumption in pumping systems," he adds.

Oil and gas firms have seemingly had a change of attitude in this respect. There is a definite shift towards making sure that the performance of pumps is the best it can possibly be. "In the past the oil and gas market has probably focused more on reliability than they have on energy consumption. We have seen a shift in more attention being paid to efficiency and energy consumption," says DeSilva.

That is not to say that reliability is not a priority for pump manufacturers. "Sulzer Pumps success in the oil and gas industry is based on our unique ability to break through technological barriers and provide highly reliable equipment.

We are engaged with our customers from concept phase through design, manufacture, testing, installation and operation," says Andreas Schulte, managing director at Sulzer Pumps Middle East.

"We continue to create world records in the pump business and our list of firsts is unequalled. We produced the first 27 MW water injection pump and delivered the world's highest pressure water injection pump (605 bar discharge pressure) and have recently designed a new pump which generates even higher pressure," he adds.

This shift in attitude has been driven by two major factors, according to DeSilva. "Everyone is looking to be more competitive and energy consumption is a big factor within these big oil and gas facilities so I think it's a competitive thing," he says.

"As well as a general recognition by the oil companies that efficiency will eventually convert into how may tonnes of Co2 they are producing and how green they are and I think in general there is more attention around the world being paid to how can we do this more effectively."

Increasing the efficiency of a pump is not a simple task, and there are many aspects which must work together to ensure that it does not waste energy.

"One should understand that power consumption can be lowered within a few percent for a well-engineered pump; more opportunities to increase performance lay in the systematic approach to pump operation in a pumping system and therefore - optimisation of the whole system," says Tverdohleb.

There are multiple ways to make a pump more efficient. Tverdohleb describes how a pump can be upgraded according to the specifics of a given pumping system, including the use of replaceable rotors and new flow parts with special design features.

As mentioned before, however, the most effective method is to optimise the entire system, which is more of a challenge both technically and financially.

One of the major problems with making a single pump efficient is that if the company using it doesn't implement it properly, it will not work to the level it is capable of.

"We could make a super-efficient pump but if the guy running it hasn't been given the parameters properly or is being told to do things differently then it will be wasted.

Pumps are interesting beasts, many people think I'll buy something than I need and that's a more reliable solution. But a pump that is oversized is not efficient, and that lack of efficiency will eventually come back and make the pump less reliable," says DeSilva.

"If we operate separately, it's going to take us a very long time to achieve what the customer wants. And I think there has been a trend in the industry of more working together," DeSilva adds.

The necessity for pump suppliers to work closely with oil companies only gets more crucial when the pumps are needed on installations which are in extremely challenging conditions, whether because of the the area or the drilling program.

"Globally, ultra high pressure and subsea environments and conditions typical to oil and gas production can be significant challenges to pump supply, installation and performance. Sulzer Pumps is working with a number of major oil companies to provide pumping solutions specifically designed for ultra deepwater and arctic oil and gas production," comments Schulte.

Recent improvements in pump technology have resulted in more efficient operations. HMS Group says it has has seen a number of technological breakthroughs in the sector over the past few years that have boosted the company's offerings to the market.

When developing new products, customer focus is the key. "Our high order volume is largely a result of our work on a customer-oriented pumps and systems development," says Tverdohleb.
Research and development is crucial to the continuation of this kind of advancements in the pumps market. Tverdohleb says that a great deal of the HMS Group R&D budget has been pured into pump performance, which he says has been a "key area" for the firm in staying ahead of the game.

ITT Corporation says it also invests heavily into pumps R&D. "Materials and trying to run more efficiently are probably our two biggest areas of focus within R&D. We do a lot of computer simulation technique, known as computational fluid dynamics. Essentially it's a computer model where you a predicting how the pump will work," says DeSilva.

"We actively try to make sure we are reinvesting in the R&D, it's very important to us," he adds.

The sudden change in attitude of the oil companies has asked a number of questions of the current offerings of pumps manufacturers.

However, with cooperation from the oil companies themselves, research and development and added after sales services, the pump specialists have come up with all the answers.

The next generation of technology is surely just around the corner, along with another jump in the efficiency and performance of pumps supplied to the oil and gas market.

Game changing technology Marc DeSilva, ITT's Director of Oil and Gas, explains how technology is changing the way in which the pumps industry does business.

Technology is always a game-changer, and for pumps he instrumentation sector around the pump itself is progressing in leaps and bounds. It used to be one guy had to walk out to the refinery and look at a gauge and report back how it was working. Now the technology is there to get that data via your iPad over the internet.

Before, the pump failed and there was a big inquisition of what happened and then you'd do things different. Now with the monitoring and instrumentation side, we can predict more and we can see things going wrong and we can provide advice and say you're not operating this pump the way it should be.

I would say that's a trend that's going to get a lot stronger as wireless technology and electronics let us get much more data.