The energy battle between Natural gas and wind power in USA

Wind power was a bit player in Texas as recently as four years ago. Today, wind turbines produce a significant share of the state's electricity.

Wind power was a bit player in Texas as recently as four years ago. Today, wind turbines produce a significant share of the state's electricity. But the growth of wind power has attracted powerful critics: the owners of natural-gas power plants.

Many environmental groups talk of how wind and relatively clean-burning natural gas can partner to displace dirtier coal, creating a path to power the U.S. while releasing fewer greenhouse gases. A bitter fuel fight in Texas points to a different future: one in which gas and wind are foes. The gas and wind factions have been clashing over the state's operating rules for the past several months. The gas people say the playing field is tilted in wind's favor; wind accuses gas of trying to snuff out the nascent wind energy sector. The success of wind power in Texas has come at the expense of natural gas. If the wind build-out continues, by 2013 the amount of gas consumed to make electricity could fall by 18.5%, as gas plants sit idle for longer, according to Tudor Pickering & Holt, a Houston-based energy investment bank.

At the heart of the battle is a fight over the vicissitudes of wind itself. The wind industry argues that since it can't control when the wind blows, it shouldn't be held to the same rules that require everyone else to make payments when they fail to deliver promised power. The natural-gas generators say everyone should operate under the same rules, and lament that wind's success is merely coming at the expense of another relatively clean energy source. Similar fights are shaping up elsewhere. In the Midwest and Wyoming, fossil-fuel companies are questioning whether wind is getting too many advantages from government. The lure of harnessing the wind has attracted big players. Wind-farm developers include NextEra Resources, a division of FPL Group Inc., the giant Florida-based power company, and E.On AG, the huge German power company. General Electric Co. is a major manufacturer of 400-foot-tall wind turbines and United Technologies Corp. recently entered the field.

The gas-wind feud is a testament to renewable energy's rapid maturation. Texas, with its wide-open flat spaces, has 9,400 megawatts of wind-power generation capacity—more than all the power plants in Utah. Texas has more wind power than any other state, according to the American Wind Energy Association, more than three times as much as California. The Texas wind figure is expected to double by 2013 as more transmission lines are built. In the past three years, wind has come to provide 6% of the Lone Star State's power, up from 2%. Gas's share has dropped to 42% from 46%. The stakes are high: The wholesale value of electricity generated in Texas's primary power grid was $34 billion last year, according to state figures; the state doesn't break out the dollar size of the market by fuel type.

The fight is taking place largely outside the public eye in committees of the Electric Reliability Council of Texas, or Ercot, as Texas's main grid operator is known. Gas generators are backing rule changes that collectively require millions of dollars of retrofits to existing wind farms and add new costs. None of the proposed changes would derail wind power, but they threaten to slow its growth. "Just like any new kid on the block, you are going to have to elbow your way in. And part of that is having those on top of the heap taking shots at you," says Denise Bode, chief executive of the American Wind Energy Association.

Every evening, grid operator Ercot forecasts how much electricity Texans will need the next day. Wind farms, as well as nuclear, coal and natural-gas-fired plants, report how much power they expect to provide, and their price. Ercot then orders up generation, beginning with the least expensive type—typically wind. Then come nuclear and coal plants, neither of which have been affected much by wind's growth. The most expensive generators are typically older gas plants, and they are only dispatched in periods of peak demand. If the forecast is windy, more gas plants are left idle. 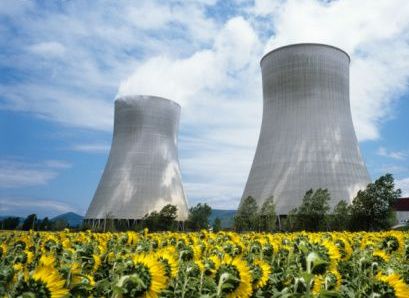 One grievance: Coal, nuclear and gas operators must pay for their own backup if an operational or maintenance problem prevents them from delivering power as promised. But if wind generators fail to deliver promised power because the wind doesn't blow, the cost of backing up wind power companies is spread among all the generators, state officials say. This puts an unfair burden on nonwind generators, says the gas faction. "My philosophy is that whoever causes the problem should be responsible for fixing the problem," says Kevin Howell, president of Texas operations with NRG Energy Inc., the state's second-largest power provider. "Wind shouldn't cause problems that other people have to fix."

The wind industry says wind power is inherently different from fossil-fuel generation and shouldn't be held to the same rules. Wind is a variable, uncontrollable fuel, while coal and gas generators have ready access to their fuel and can control when their plants are generating power, wind advocates say. They also say they are being unfairly attacked in Ercot committees where traditional generators have more votes and more power. "This is insidious," says Patrick Woodson, chief development officer for E.On AG's North American wind operations. "Our competitors can essentially impose additional costs on us, and that really troubles us. This isn't death by a thousand cuts—it's death by a thousand grenades."

The attacks heated up in September. Calpine Corp., a Houston-based generator that owns 12 natural-gas-fired power plants in Texas, proposed a rule to Ercot that would require E.On's new Papalote Wind Farm, and all other wind farms, to pay a penalty if they can't provide scheduled power because the wind isn't blowing. Wind generators were furious. They argued that new forecasting techniques made it easier to predict in advance when wind could provide power, but that they couldn't control nature. "Winds can come up on you real quick," says Patrick Collier, a former oil-field worker who is now the operations supervisor at Papalote, built on 15,000 acres of cotton fields near Corpus Christi. On a recent day, a stiff 24-mile-an-hour wind was blowing in from the Gulf of Mexico. The Papalote wind farm was turning that into 116 megawatts, enough to power about 60,000 homes. Its top output is 180 megawatts. Over one 24-hour period, said Mr. Collier, it ran at 88% of its maximum—nearly unheard of in the wind business.

The proposed rule change "could turn back the clock" by forcing wind generators to promise low-cost power only during the windiest periods, said Mark Bruce, a consultant for NextEra Resources, the wind arm of FPL Group. Randy Jones, Calpine's vice president of Texas government affairs, shot back that NextEra was using scare tactics. The threat of wind holding back power was a "boogeyman," he said.

Texas decided not to penalize wind companies if they can't deliver scheduled power, but the idea has cropped up elsewhere. A task force in the Midwestern power grid—which stretches from Ohio to Montana—in December recommended ending wind's exemption from penalties for failing to provide scheduled power. Wind companies last month formally protested the decision to the Federal Energy Regulatory Commission, arguing the task force was stacked with fossil-fuel generators that have "exhibited increasingly anti-wind biases," according to the protest. Lawmakers in Wyoming, where gas and coal taxes make up a large share of the state budget, are considering a tax on wind production.

Gas generators have an uphill fight. Polls have shown wind power is popular. State leaders who support the development wind farms have brought to rural Texas don't want to see the boom end. "We have great wind resources and we have communities that want them to be there," says Barry Smitherman, chairman of the Texas Public Utility Commission. "Let's be reasonable." Wind farms are becoming politically potent taxpayers. E.On's new wind farm near Corpus Christi is set to top the gas industry as the largest local taxpayer. Currently, Houston-based gas developer EOG Resources Inc. pays the most taxes to the local Taft school district. E.On will be five times as large, and is expected to pay about one-third of the district's entire tax bill by 2011. The new taxpayer is allowing Taft to issue $18 million in bonds. One proposed improvement: two new junior-high science labs. "We couldn't have done this bond," says school business manager Noel Snedeker, "without those wind mills." 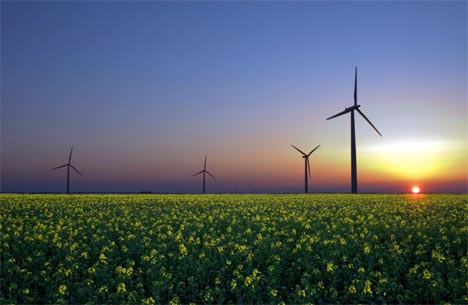 Wind's role on power grids used to be an afterthought. But improvements in wind-turbine technology, coupled with government incentives, led to a boom. In 2008, the latest data available, wind provided 1.3% of total power generation in the U.S. Some in Congress want to set a goal by 2020 of 20% of U.S. electricity coming from renewable sources, led by wind. Not everyone thinks adding wind is a low-emission panacea. "What wind is doing is giving us the feeling that we're making progress displacing carbon, when in fact it isn't displacing coal plants. It is getting rid of your cleanest fossil-fuel source"—natural gas, says Kevin Forbes, director of the Center for the Study of Energy and Environmental Stewardship at Catholic University. "And it is making the challenge of running a grid much more challenging, because you never know when your forecast for the wind is right or wrong. You are flying blind."

Ercot thinks these fears are overstated. A new forecasting tool is doing a good job of predicting when the wind will blow, says Kent Saathoff, Ercot's head of operations. Wind "is something we've become accustomed to and we've learned to operate with it," he says. The gas industry says wind nearly caused major problems on the grid once already. On Feb. 26, 2008, a cold front moved through West Texas, and wind's output was soon 1,000 megawatts less than promised. Reports by Ercot and the Texas Public Utility Commission say fossil-fuel generators shared the blame. They point out these plants were producing fewer megawatts than scheduled and unexpectedly exporting electricity to nearby grids.

Ercot declared an emergency at 6:41 p.m. and shut power to industrial customers that pay less in exchange for agreeing to get cut off in a crisis. Blackouts were narrowly averted. Ercot says improved forecasting, now in place, would have staved off the emergency. It's the job of Ercot supervisors such as David Pence to make sure this doesn't happen again. On a recent morning in the whisper-quiet Ercot control room, about 30 miles from Austin, he focused on making sure electricity demand was balanced with generation. Texans were using a little more than 33,000 megawatts of electricity. About 4,500 megawatts, nearly 14%, was coming from the wind. "Right now," he said, scanning several 20-foot-high computer screens, "I'm comfortable."

Nearly every generator was producing the juice they had promised—except CPS Energy, San Antonio's municipal utility. It was delivering about 160 megawatts less power from wind farms than it had signed up for. Reached later that day, Les Barrow, CPS's director of energy and market operations, explained that the wind died down about three hours before his forecast predicted. He said paying a penalty wouldn't make sense. "There has to be some kind of exemption for wind," he says, "because my crystal ball doesn't always work."